Sofia’s hubby is a well-known star striker who previously played for Ajax and Liverpool before joining FC Barcelona in 2014. Born January 24, 1987; the Uruguayan national transferred from Uruguay to the Groningen football club in the Eredivisie, at age 19.

Though Suarez is known for his skills on the field, he’s also remembered for a controversial move that ultimately banned him from the sport for several months. Back in 2014, during the third match of the World Cup, Suarez gained a lot of press after biting Italian defender Giorgio Chiellini on the shoulder. He was then suspended nine international games and banned from soccer activities for four months.

Also in the previous World Cup (2010), Suarez made headlines again after he blocked a sure goal with his hands during a match against Ghana; he was sent off, but his team went on to win the match. 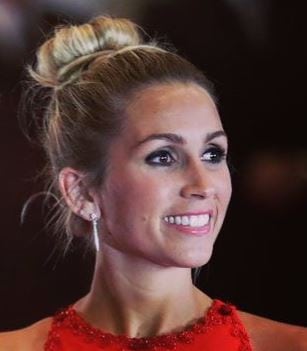 Although something always seems to happen to him during a World Cup, Suarez can surely count with the support of his longtime wife, Sofia Balbi. The two have been married for nearly a decade.

Sofia Balbi and Luis Suarez met as teenagers while attending school together in their native Uruguay. The school sweethearts tied the knot in 2009. Since then they have welcomed two children together, a daughter Delfina; and a son, Benjamin.

The stunning Mrs. Balbi is pretty much a stay at home mom, however since she’s been married to Suarez for so long, she’s also one of the most recognizable soccer Wags. 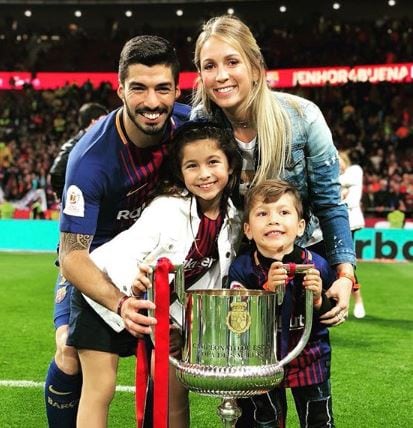 Balbi who is easy on the eye, complements her looks with great styling. The fashionable blonde definitely lives the typical luxurious soccer wag lifestyle being the boss at home while her man is away but also traveling in style.

Sofia Balbi is also credited with helping Suarez find new light about his behavior on the field, making her his pillar and biggest fan; and that’s why Sofia Balbi is one of our favorite wags in our book.