You are here: Home / Soccer / Who is Kathryn Mayorga Cristiano Ronaldo’s Rape Accuser?

The alleged incident took place nine years ago and Mayorga quickly took legal action against him. Back in 2010, she reportedly received a £287,000 settlement forbidding her from repeating the rape allegations.

Footage of the two dancing at a Las Vegas nightclub has been obtained by media. It is clear they had been having a good time just hours prior to the alleged attack.

In documents, Mayorga then 25-years-old claimed Ronaldo later invited her to join him in his Jacuzzi before attacking her. She claims the Portuguese footballer attacked her in the penthouse suite of the Palms Casino Resort — before allegedly apologizing and saying he is “usually a gentleman”

Ronaldo allegedly pulled her into a bedroom and on to a bed while she covered and screamed ‘no, no, no’ –the whole time. She was examined at University Medical Center “where physical evidence of the sodomy was documented and photographed” –her claim reads. 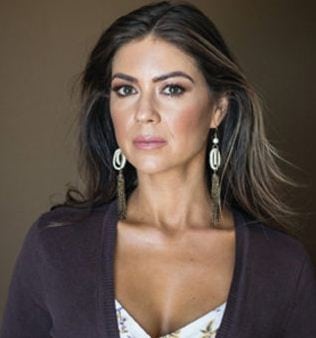 Mayorga now 34, is trying to overturn the 2010 settlement and she has spoken out for the first time. According to the Sun the case has been re-opened. She even spoke to media over the weekend branding Ronaldo “a frickin’ loser and a creep.”

Kathryn Mayorga is a former part-time model who used to work at Rain Nightclub in Las Vegas –where she first met Ronaldo. She is the daughter of Cheryl and Larry Mayorga. Her father worked for decades as a firefighter.

The Las Vegas native grew up playing soccer and is also a former girl scout.

She attended University of Nevada with a degree in journalism. While in college she met her husband but after a year, the she divorced him in 2008. She took a job as a model attending casinos and parties to allure guests.

After the incident the Kathryn Mayorga worked in an elementary school as a teacher but has since quit her job and gone into hiding.