Jose’s wife is part of the U.S. women’s national soccer team that defeated the Netherlands, 2-0, on Sunday to claim its second consecutive World Cup.
The 31-year-old, is a reserve midfielder for the U.S. women’s team. She only played in one game in this year’s World Cup, an appearance against Chile in the group stage. She has 45 caps for the national team and has scored six goals.
Born August 13, 1987; the Long Island played college soccer at Penn State University and the University of North Carolina.
She previously played for the Washington Freedom in 2009-2010 and then joined Sky Blue FC in 2011. In addition she’s also been part of Paris Saint-Germain, the New York Fury, the Portland Thorns and joined the Reign FC last January.

Allie is also a happily married woman. The midfielder tie the knot to hubby Jose Batista in 2016. 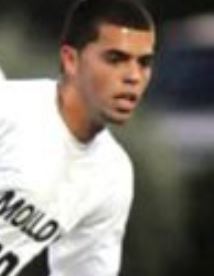 The couple were longtime boyfriend and girlfriend prior to their nuptials. The two have a lot in common as Jose Batista is also a soccer player. Though he isnt active anymore he actually introduced Allie to futsal and has also served as her coach.
Jose Batista, is a former Molloy College standout midfielder and U.S. youth international player.

The couple is so passionate about soccer, that Jose Batista said during an interview “That’s one of the things that brings us together — soccer. It’s our life. It’s what we love to do.”

Jose Batista was born September 24, 1986; and grew up in Rego Park, N.Y. -he attended Forrest Hills High School where he received All-Cityhonors in all four years and set the single-season record for goals(35) and assists.
At Molly where he majored in Spanisg, he was a transferred from C.W.Post -where he was selected to the Daktronics All-Region and All-ECCFirst-Team. In 2008, he appeared in 17 games (14starts) -at Molloy.