Jocelyn Burgardt is the lovely girlfriend of professional soccer player, Edinson Cavani –best known as a striker for Paris Saint-Germain.

Jocelyn’s beau is also a player for the Uruguayan national team that’s putting the fight in Russia at the 2018 FIFA World Cup, however a calf-injury seems it will prevent Cavani from continuing to play.

Born in Salto, Uruguay on February 14, 1987; Cavani, known as El Matador, had a strong showing in the 2007 South American Youth Championship –which prompted scouts to become interested.

He became a member of the Uruguayan national team in 2008 and went onto spend three years with Napoli. He scored more than 30 goals in each of his first two seasons with Napoli and led them to the Copa Italia in 2011-12. In 2013, the Uruguayan striker joined Paris Saint-Germain, his home since.

Cavani used to be a married fella. He and Maria Soledad Cabris Yarrus divorced in 2014 after seven-years of marriage. From his marriage to Yarrus he is the father of two sons, Bautista and Lucas. 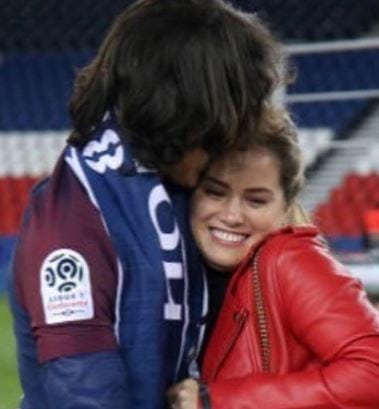 The new lady in his life is the **** Jocelyn Burgardt, the two have been going strong since 2015 and is currently based in France and living with her man. 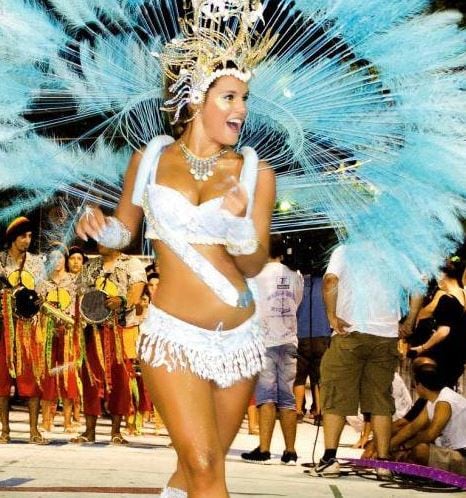 Jocelyn Burgardt is a 25-year-old Uruguayan stunner who happens to do some modeling, however there’s a lot more to her. Jocelyn who was born in Bella Union, Uruguay –is a trained dancer and holds a degree in cultural management. Her mother is French teacher while her father is a cane sugar businessman.

She has been modeling and dancing since she was a young girl and was trained in a local samba school called, Irupe. She began appearing on the local carnival and developing a bit of a reputation as a vedette.  She has won at least four titles as the carnival’s ‘madrina’ or godmother.

It was thanks to one of her performances with the dancing school that Jocelyn met Cavani back in 2013. According to Spanish reports, as soon as her performance began at a wedding where Cavani was a guest –he couldn’t take her eyes off her. The rest is history.