Jennifer Giroud is the lovely and proud wife of French soccer star, Oliver Giroud –currently a player with Chelsea.

Jennifer’s soccer stud is also a player for the French national team. The striker was born September 30, 1986 in Chambery, France.

Oliver played six seasons in the Grenoble youth system before making his professional debut in 2005. In 2011 he became a player with the French national team and was the Ligue 2 Top Goalscorer during the 2009-10 season. During the 2011-12 season, he was named the Ligue 1 Top Goalscorer.

Prior to joining Chelsea this year, he played for Arsenal from 2012 until 2018. 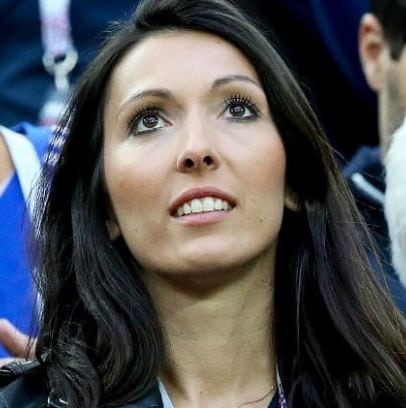 Unlike her hubby, Jennifer is an American woman born September 25, 1984.

Jennifer Giroud is a well-known soccer wag, having been married to her famous hubby since 2011. The missus happens to be super private and is known to enjoy of the perks of being married to a professional athlete.

Though she doesn’t do social media and is not one to talk to reporters, Jennifer Giroud is often pictured with her man enjoying lavish outings. Last summer the couple enjoyed a holiday in Sardinia, wading into the ocean on the beach and relaxing on sun loungers while they mingled with other holiday makers on the Italian island.

The private wag was also involved in a bit of a scandals after it was reported that she allegedly didn’t want her man to move to Everton because she didn’t want to leave London. That doesn’t really sound like the supportive wife mode.

Jennifer and Olivier are the proud parents of two children, daughter Jade was born in 2013. Their son, Evan, was born in 2016 and last year they announced they were expecting a third child. The couple reportedly welcomed another son.