Ivana’s soccer stud is also a player with the Croatia national team, he was born in Slavonski Brod, in the republic of Yugoslavia on May 21, 1986. Mario began his football training in the youth camp of Germany’s TSF Ditzingen, he spent the early days of his senior career with his home sides Marsonia and NK Zagreb.

The Croatian striker joined Bayern Munich in 2012 after spending two years with VfL Wolfsburg; he began playing for Juventus in 2015. Mandzukic became a member of the Croatian national team in 2007.

Mario Mandžukić has been in a relationship with the lovely Ivana Mikulic from Strizivojne for years. 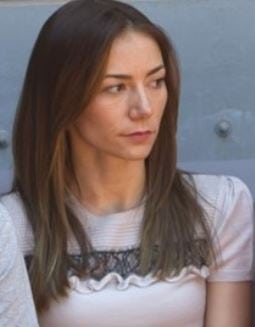 The couple live together, and she takes care of the household and their dogs. It appears Ivana sets apart form the average Wag since she enjoys her privacy and keeps to herself. She does not track her boyfriend at glamorous events either, and often hides away when the camera catches the Croatian national team matches.

It is believed Ivana Mikulić and Mario Mandzukic are the proud parents of one child. It’s safe to say she is very proud of her husband’s recent performance at the World Cup in Russia.