Katie Goodland is the lovely girlfriend of football star, Harry Kane –whom we know as a striker for Tottemham Hotspur. Her man stands as Europe’s leading scorer of the year.

Katie’s football stud was born July 28, 1993; the professional soccer ace is also a player with the English national team.

He began his professional career with Tottenham Hotspur in 2009. The following year he scored 2 goals in 3 appearances for the English U17 team. 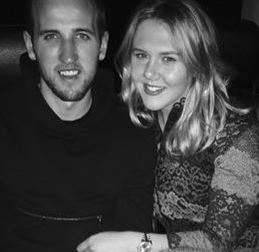 He was named PFA Young Player of the Year after scoring 31 goals during the 2014-15 season. He made his debut on the English national team in 2015. Kane became the top scorer in the 2015-16 Premier League with 25 goals.

While her man does his thing on the field, Katie Goodland keeps busy working as a fitness instructor. The lovely blonde is a sports science graduate. Katie has been a supportive girlfriend since the beginning of Kane’s career and despite his fame and fortune, she keeps a low profile.

Katie and Harry have known each other since their school days and have dated for several years. The couple welcomed their first child together earlier this year.

The love birds are currently engaged after it was reported Kane popped last July. The two were vacationing in the Bahamas and he got down on one knee in front of the beach.

Katie Goodland gave birth to the couple’s first child on January 8, 2017. They became the proud parents to an adorable daughter whom they named, Ivy Jane Kane.

Aside from their little bundle of joy, Katie and Harry Kane are the proud owners of two dogs, named after NFL quarterbacks Tom Brady and Russell Wilson.