Ruby Mae is the proud soccer wag currently in a relationship with English player, Dele Alli –a midfielder who plays for Tottenham Hotspur.

Ruby’s football stud is also a player with the England national team, born April 11 1996; he joined the Milton Keynes Dons youth system when he was just 11 years old, making his debut when he was 16.

He began his professional career with Milton Keynes Dons from 2012 to 2015 before signing with Tottenham Hotspur in 2015. Alli made his debut with the England national team also in 2015 after playing for their under-17, 18, 19, and 21 teams. 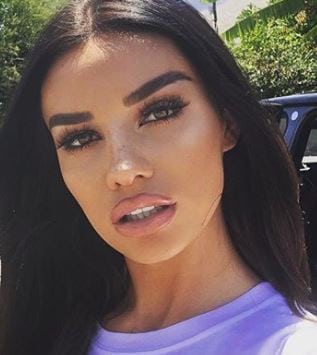 The 22-year-old is also known for being a little superstitious, in fact, he admitted to his quirks saying “I have a lot of superstitions. There are so many… it’s a bit crazy.” When getting ready for a match, Alli has to dress his right leg first, wear a piece of tape on his knee and pray on an ice bath for 8 minutes.

The presence of his lovely girl, Ruby Mae certainly helps too. 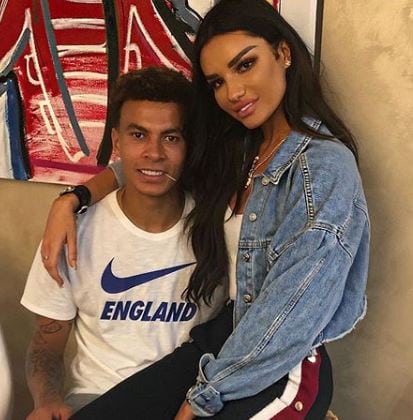 Ruby Mae is a stunning lady who happens to have one of the coolest sexiest jobs ever, she is a lingerie model.

The two have been dating for over two years and Ruby Mae has proven to be a lucky charm for the midfielder as she has tagged along on trips to Mykonos and Ibiza over the past year. Their relationship became public as is said Mae was a source of support during hard times for Alli.

It was in 2016 when England lost to Iceland at Euro 16 that Alli was at his lowest and Ruby was seen comforting him in the stands. Since then, the two have been inseparable.

When not cheering on the Spurs star, Ruby keeps busy brooding her modeling portfolio. The 23-year-old brunette is currently managed by Boss Models Management. She has modelled for online clothing band Hidden Fashion and fronts the new California Dreaming collection. She’s also worked in the past with Dolce & Gabbana and Chanel.

Ruby is very active on social media and is also the proud owner of a poodle named Dougie.