Coleen Rooney is the stunning wife of English professional soccer star, Wayne Rooney -whom you probably recognize as one of England’s best strikers.

Coleen’s husband is widely known for his massive success with both Manchester United and England’s all-time leading goalscorer. Rooney scored 253 goals for Manchester United before leaving in 2017.
During his early playing days, Rooney who was compared to Pele officially joined Derby County earlier this year.
With over 700 appearances and 300 goals to his name in club football, including a record 253 for Manchester United, Rooney is undisputedly one of the biggest and most recognizable names in world football.

He’s been happily married for over a decade with his stunning wife who is equally recognized. Check out top facts of the gorgeous Coleen Roney. 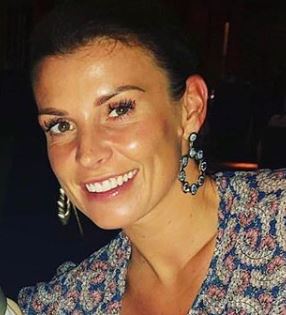 #1 She and her husband began dating in their teens

Coleen Rooney was born Coleen Mary McLoughlin on April 3, 1986; in Liverpool, UK. She and Wayne met when they were just 12 years old and began dating when they were 16, before marrying in Portofino, Italy, in 2008. In June 2008, she married Wayne in a lavish wedding held in the picturesque Italian Riviera’s Villa Durazzo, a 17th-century palace in the resort of Santa Margherita Ligure.

#2 She has found her own path

Coleen is massively known as her husband’s better half, however she had managed to establish herself as a successful businesswomen and media personality.
She has not only written columns for national newspapers and magazines but has also written a number of books including Welcome to My World, best-selling fitness DVD: Coleen McLoughlin’s Brand New Body Workout.

Coleen also became known as a television host and entertainment journalist. She presented her own TV show, Coleen’s Real Women, which searched for non-models to front advertising campaigns. She has also landed a number of deals with brands and is often described as a style icon.

#5 After being married for years she still attends his games

Since the couple’s teenage days, Coleen has been a regular at Wayne’s games. She would support Wayne during his England youth days, the early stages of his Everton career, and was seen at Old Trafford throughout his time at United.