Claude’s French hubby happens to be one of the most decorated players in French football. Didier Deschamps won two French titles and the UEFA Champions League with Marseille, before joining Juventus and adding three Scudetti, one more Champions League crown and an Intercontinental Cup to his collection. He amassed 103 caps and four goals for Les Bleus and served as captain in the 1998 World Cup and EURO 2000.

Deschamps began his coaching career with Monaco, leading them to the Champions League final in 2004. He then managed two of his former clubs, Juventus and Marseille. He was appointed coach of the French national side after EURO 2012 –steering the team to the quarter-finals of the 2014 World Cup and the final of EURO 2016. 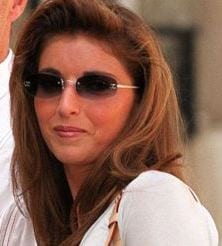 Without a doubt a talented player and manager, Didier has been able to count with the support of his lovely wife, Claude. The pair has been together for nearly three decades.

Claude Deschamps –born in 1966 –has been her husband most loyal and supportive fan, she’s been there since the start of his career first as a player and later as a manager. According to French publications, Claude and Didier go back to the 80’s when they first met during their teens and have been inseparable since. 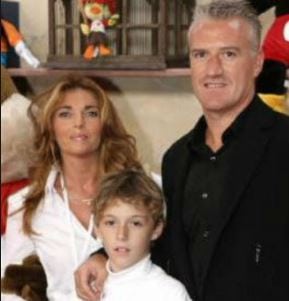 Together they are the proud parents of one son, Dylan Deschamps, born in 1996.

Is safe to say, Claude Deschamps keeps a low profile and enjoys her privacy leaving the spotlight to her longtime hubby. However, the two do appear sporadically in front of the cameras during public events –like during the Monaco Formula 1 Grand Prix in 2017.

The wife and mom of one, certainly enjoys the perks of being a soccer wag, Claude Deschamps is always looking her best, check out her photos below.