Meet the lovely Charlotte Trippier, she is the lovely wife of soccer star, Kieran Trippier –whom you may know as a player for Tottenham Hotspur.

Charlotte’s hubby is also a player with the English national team –born September 19, 1990; the Bury, England native has represented England at the U18, U19, U20, and U21 levels.

He spent his youth career with Manchester City but made no appearances in four years with the senior club, instead going on loan to Barnsely and Burnley. The defensive back helped Burnley earn promotion in 2014. After four years with the club, he joined Tottenham at the start of the 2015-2016 season. 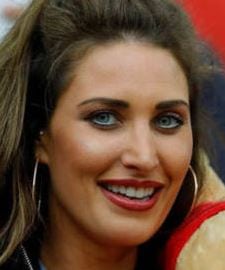 Two years ago, he became a married man after tying the knot to the gorgeous, Charlotte. The two had been dating for years since they are childhood sweethearts and became engaged in June 2015.

The couple tied the knot in Cyprus and since their 2016 nuptials they have welcomed one child, son Jacob also born in 2016. 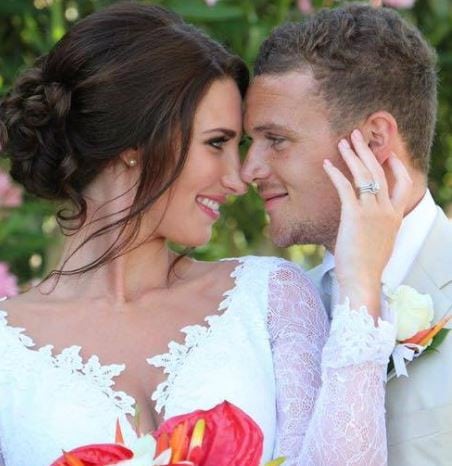 Unlike most soccer wags, Charlotte is not into sharing her life on social media. The stunning lady keeps her life under wraps with her Instagram account set on private. She writes on her bio, ‘A princess who has found her prince.’

It’s safe to say she enjoys her privacy and is a loyal supporter of her hubby. The wife and mom of one is often spotted on the sidelines attending her man’s matches and the World Cup in Russia is no exception. The brunette beauty has been pictured cheering for her man along with son Jacob.