Bruna Marquezine is a Brazilian actress and model who gained notoriety for appearing in numerous Brazilian shows.

The stunner is also well known for her love life as she has been the official girlfriend of soccer star, Neymar for a number of years. Bruna and Neymar have been dating on and off since 2013. Most recently it appears the on again and off again couple have spent New Year’s together sparking rumors of the couple giving their relationship another go.

Get to know the Brunette beauty in her top ten facts below. 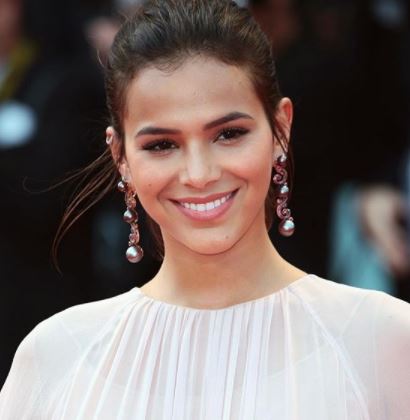 Marquezine was born as Bruna Reis Maia in Duque de Caxias, Rio de Janeiro on August 4, 1995. She is the daughter of Telmo and Neide and she has a sister named Luana –who is also an actress.

#2 She began acting as a child

Bruna began her career in entertainment as a child, doing commercials and videos with famed Brazilian presenter Xuxa. In 1999, she made her first appearance in a program: Gente Inocente.

#3 She was discovered at age five

Marquezine was only five years old when she was discovered by Brazilian director, Cininha de Paula, who saw her in a commercials with Xuxa. Her soap opera debut came in 2003 in the soap opera Mulheres Apaixonadas of Manoel Carlos, where she became known nationally when interpreting Salette.

Having appeared in numerous projects such as América, Cobras & Lagartos, Desejo Proibido, Negócio da China, Araguaia, Aquele Beijo, and Salve Jorge –made Bruna a well-known figure in her home country.

The couple have endured a roller-coaster relationship since first meeting during Carnival celebration in Rio de Janeiro back in 2012.

#6 She began dating Neymar when she was already famous

They first began dating in 2013, but ended things a year later. However, during the 2014 World Championship in Brazil, they were spotted shopping together. Naymar had admitted that he still had strong feelings for Marquezine.

During their off-period, the soccer star was said to be cozying up with another model, Gabrielle Lenzi.

#7 She dreams of being a mom

During an interview in 2014, Bruna stated she “Will continue working, but I will with my husband and be a mother of twins. My biggest dream is to be a mother.”

#8 She has successfully transitioned to modeling

In fact, most of Marquezine’s Instagram posts are some of her hot modeling shoots. She has also shared pictures from her Adidas campaign, as well other photoshoots.

#9 She is huge on social media

Bruna is very active on social media and it would appear her favorite social platform is Instagram –where she has over 24 million followers.

Bruna Marquezine doesn’t have a whole lot of photos of her and Neymar on social media. However, when she posts a picture of them together, she really shows how deeply in love she is.