Mary Bresnan is known for her long-time marriage to New York Yankees General Manager, Brian Cashman. The two were married for 17-years prior to their divorce.

Mary and Cahsman finalized their divorce in 2013; she called out her husband after learning of his cheating ways. Cahsman was exposed by an alleged extortionist with whom he’d had a fling.
Mary had previously stood by her man amid allegations of his cheating with Westchester soccer-mom-of-two Kim Brennan in 2009.
But she finally called Cashman out after Louise Meanwell surfaced, accusing Cashman of carrying on a nearly yearlong affair and allegedly extorting him for more than $6,000 to keep quiet about it when she was spurned. 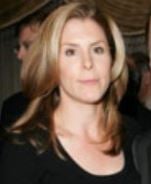 During their marriage, Mary Bresnan and Brian Cashman welcomed two children, Grace and Theodore. As part of the divorce deal, the children stayed with Mary Bresnan, while Cashman got visitation rights.
Mary also got a sweet deal after it was reported that she will receive a total of $83,333.33 every month to until Halloween 2025, or until she remarries.
The couple’s daughter Grace Cashman went to st. Lukes school, studied at Northwestern University and according to social media, worked at Stagedoor Manor.

Mary Bresnan was born August 29, 1969; her father, William, was a high-powered cable TV executive whose 50 year career spanned from the early days of community antenna television to being the President and CEO of the nation’s largest cable company.
Mary is one of six children born to William Bresnan and Barbara Boettcher Bresnan who was married to her father for 43-years.

Mary who switched back to her maiden name amid the couple’s divorce, married Brian Cashman in 1995.

The native of native of Scarsdale, NY, currently lives in Darren, Connecticut.