Vanessa Martins is the wife of Brazilian soccer player, Willian Borges da Silva, best known as Willian –a winger for Chelsea and the Brazilian National Team.

Vanessa’s hubby is a product of Corinthians football academy. He debuted for the first team of Corinthians in 2006 before joining Shakhtar in August 2007. During his six years at the club he won several honors including five Ukrainian Premiere League Titles and the UEFA Cup in 2009.

In 2013 he briefly signed for Anzhi Makhachkala before joining Chelsea for 30 million euros. He also won the Premier League title and the League Cup with the Blues in 2015 in his second season at Chelsea. He made his Brazil debut in November 2011.

Also in 2011, he tied the knot to the love of his life, Vanessa Martins. 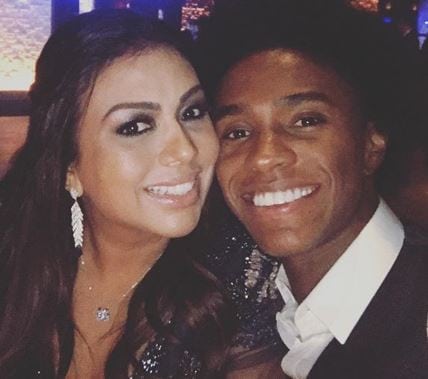 The couple began dating in 2007 and after four years of courtship, they tied the knot in 2011. Vanessa Martins has certainly been his most loyal fan since, she has been at his side throughout some highs and lows –and together are the proud parents of two children. 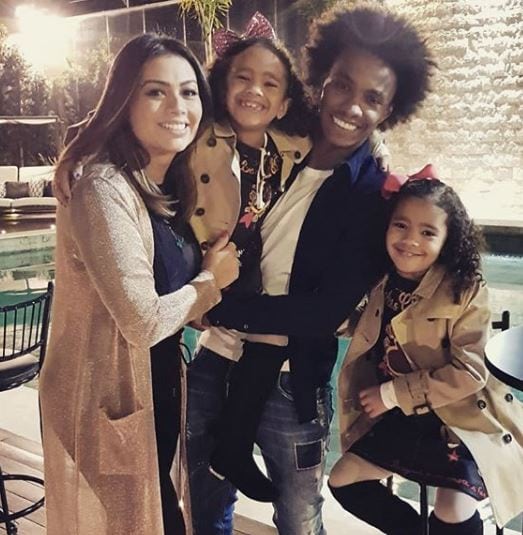 Vanessa Martins gave birth to twin girls in 2012 whom they named, Valentina and Manuella da Silva. The family of four has been pictured numerous times as Vanessa and the girls have joined Willian on the field to celebrate his numerous victories.

Vanessa seems to enjoy a low profile while leaving the spotlight clear for her hubby. She is often featured on her man’s social media and so are the couple’s adorable girls. The lovely soccer wag is a lawyer by profession.