Arsene Wenger, the French football manager and former player is well known as Arsenal’s longest-serving and most successful-ever manager.

He is reportedly leaving his position as Arsenal’s manager at the end of the season. Arsenal have confirmed that after 22 years of service, three Premier League titles and seven FA Cups, Wenger is to step down.

The 68-year-old has certainly led an interesting lifestyle on and off the field. Let’s get to know him on a more personal note. In order to do that we’ll tell you about his ex-wife, daughter and current romantic partner. 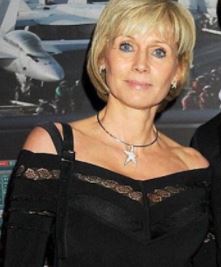 Arsene Wenger used to be married to the lovely Annie Brosterhous –a former basketball player who also worked as a Physical Education teacher for various French primary schools. The couple were together for two decades before walking the isle in 2010. They were divorced five years later.

The former couple, who have a 21-year-old daughter Lea –had not been pictured together since 2013. Wenger previously admitted that his high pressured job with the London club had put pressure on his relationship. It didn’t help their relationship that Annie’s big shot hubby was accused of having an affair with a younger woman.

According to court documents, Wenger and Annie, had “not been happy for a while” adding “they divided up their assets and agreed a financial package to separate”

Wenger said about his ex-wife in the past: “My wife likes watching football, she watches all the games of Arsenal at home. She is not a fanatic but she likes watching sports. No, she does not have much choice.”

Annie who is a former French Olympic basketball player is also the mother of two children with first husband, George Brosterhous –a fellow French basketball player. Following her first divorce she began her relationship with Arsene in the mid-90s. 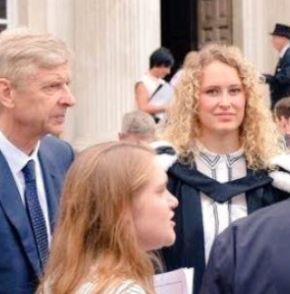 Lea Wenger was born in 1997; she is the only daughter of Arsene and Annie Brosterhous.

Not many details are known about Lea Wenger, according to the Sun she graduated last year from Cambridge University. The curly blonde is said to lead a low profile lifestyle like her mother. 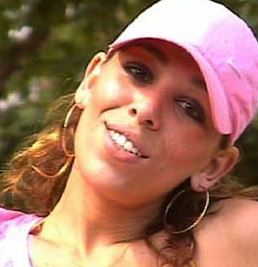 A few years ago, the manager was accused of having an affair with French rapper, Sonia Tatar. According to the Sun, he had been having a two year affair with “glamorous French rap star”

At the time he released a statement addressing the allegations: “This is a very serious matter. I do not intend to make any comment and wish to deal with the matter privately.”