Alex Oxlade Chamberlain, best known as the professional soccer player who currently plays for Liverpool, has had quite the busy love life.

Oxlade born Alexander Mark David Oxlade-Chamberlain on August 15, 1993 –is the son of Mark Chamberlain –who played internationally for England as well. He has a brother, Christian who is also a soccer player.

Alex began playing in Southampton’s youth system at the age of 7. He subsequently played for the U21, U19 and U18 squads. In 2012 he was promoted to England’s senior national team.

Prior to joining Liverpool in 2017, he played for Arsenal after spending his first professional season with Southampton. Alex who is also a player for England’s national team has also been quite busy off the field since he began dating current girlfriend, Perrie Edwards.

Unlike the average soccer star, Alex hasn’t really been seen with many women; however since he set his eyes on the lovely miss Edwards, the two make for one of the hottest couples. 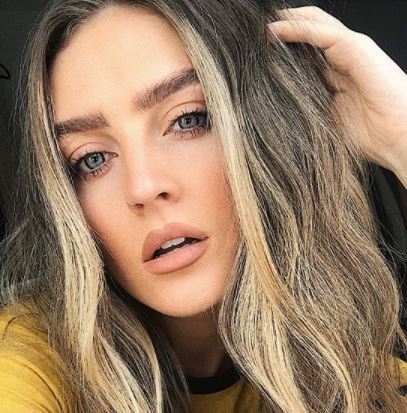 The two began dating sometime in 2016; according to the Sun, Perrie posted their first photo together in early 2017, making their relationship official. Since then, the Ox has been devoted to her alone.

You probably know the stunning blonde better as one of the members of pop all-girl band, Little Mix. Perrie is the daughter of Alexander Edwards and Deborah Duffy –she was born July 10, 1993.

She attended Mortimer Community College and graduated from Newcastle College, where she received a BTEC in Performing Arts. She auditioned for the X Factor in 2011 –where she met the rest of the Little Mix girls. As an interesting fact, Perrie was previously engaged to One Direction’s Zyan Malik.

Prior to Perrie Edwards, Alex used to spend his time yachting with friends and living the life of a true soccer star. Perrie Edwards seems to be his first high profile relationship.