You are here: Home / Soccer / Who is Marco Asensio’s New Girlfriend?

Marco Asensio, the hunky 21-year-old professional soccer player for the the Real Madrid is apparently flying solo these days.

Born, Marco Asensio Willemsen on January 21, 1996; the Spaniard is best known as Marco and grew up with a brother, Igor.

Asensio was formed in the lower categories of Real Club Deportivo Mallorca, when he entered them with barely ten years in the juvenile category. It was ascending by the different categories of the Balearic club until he joined the first team in the season 2013-14.

That year he was considered as one of the Spanish youths with greater projection, being selected in the court of the best 55 youthful players of 2014.

After some good performances in his first matches, Asensio was promoted the following season to the first team of official way by the then trainer Jose Luis Oltra. His first goal with the first team was achieved on March 16, 2014, in a 2-0 victory against Club Deportivo Tenerife.

In the season 2014-15, under the direction of Valeri Karpin, the then 18-year-old blossomed, which earned him the title of captain in his appearances with the Selection Spanish sub-19.

In December 2014, his signing for Real Madrid was confirmed, however the player remained in the Balearic club as a loan until the end of the season. After only two season in Mallorca, Asensio signed in 2015 for Real Madrid for a €3.5M transfer fee. In two seasons at Mallorca he played 56 games in La Liga Second Division scoring 7 goals. 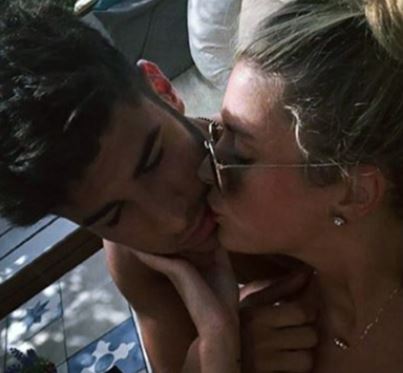 As for his personal life, Asensio was in a relationship with a **** model named Marina Muntaner. According to Fabwags, the two used to be an item but are no longer together after he allegedly cheated on her. It’s definitely a shame, the ex’s certainly made a good couple.

But don’t be too sad about Marco, the young soccer star, who is massively popular on social media, is bound to keep breaking hearts so keep an eye for the next ladylove.