Hailey McDermott is the stunning lady in a relationship with French race car driver, Simon Pagenaud.

Hailey’s boyfriend began his professional career in 2002 in French Formula Renault. He has regularly competed in the 24 Hours of Le Mans, and finished second in 2011.

The 35-year-old Poitiers, France native was the 2012 IndyCar Series Rookie of the Year and most recently became the winner of the IndyCar Grand Prix at the Indianapolis Motor Speedway.

Simon could win his first Indy 500 title, according to CBS sports, he stands alongside Alexander Rossi and Josef Newgarden at 8-to-1 odds, just behind Will Powers at 7-to-1.

Surely the stunning Hailey McDermott will be there to show her support. 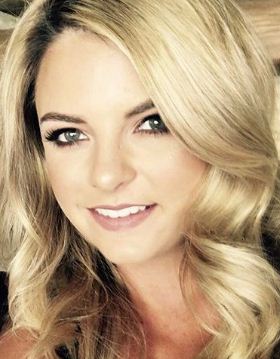 The blonde and Simon have been dating for a few years and are currently engaged. They met in 2016 when a mutual friend introduced them at a trade-show booth at the Indianapolis Convention Center. The two began dating and long story short she quit her job and moved to Indianapolis to be with him. The two became engaged in early 2018.

Hailey McDermott is a San Diego native, according to her social media she attended Granite Hills High School. She is the daughter of Sean and Dede McDermott. Her father owns a surround-sound speaker business. She worked for her father right before moving to Indianapolis.

Hailey who is active on social media often shares images of her man and their dog, Norman, the couple’s Jack Russell Terrier puppy. Find the stunning Hailey McDermott on Instagram here.