Let’s Get to Know This Lovely Lady

Paige’s hubby won at Talladega with overtime pass, his overtime victory made him the ninth driver to win through 10 NASCAR Cup races this season.

He has been married to pretty wife, Paige White for a few years, meet her in her top facts below. 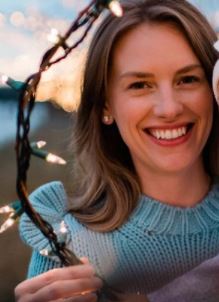 1. Paige White Family – She also comes from a racing family

Paige white was born on 6 April 1988. Paige White a native of North Carolina, is the daughter of Louis White -who is a stock car driver. Prior to tweeting about NASCAR races with Keselowski, Paige tweeted from his races. Her dad is a stock car driver as well as a logger.
she also has a brother, Louis Tyler White.

Paige White graduated from East Carolina University with a degree in Psychology. She is a fan or ECU sports and frequently tweets her support.

3. Paige White Kids – They welcomed a child prior to their nuptials

It is believed the Paige and Brad began dating around 2012. The couple announced in 2015 that they were expecting their first child together with Brad asking to media to keep the focus on him:

Some of you dislike me. You all share your thoughts with me via social media, or in person at the tracks. I have no problem with any of that, good or bad. I’m a public figure, and that’s what I’ve signed up for. But the baby girl we’re having hasn’t signed up for any of that. So if you can keep the focus on me, that would mean a lot to us.

4. Brad and Paige White Marriage – They were married just weeks after proposing

About two months of a dreamy proposal, Paige and Brad were married on February of 2017.
Brad had popped the question as they stopped during the middle of a stunning horse-drawn carriage ride near a lake.

Paige White gave birth to their second daughter, Autumn Pearl Keselowski in 2019. Though the proud racing wife and mom of two keeps a low profile, she is featured a lot on her hubby’s social media.