Krissie Newman is the beautiful wife of Nascar race driver, Ryan Newman -who recently suffered a fiery crash at the Daytona 500.

Krissie’s hubby was said to have survived the crash and is in serious condition. The 42-year-old Indiana native is in his 19th full season in the NASCAR Cup Series and second with Roush Fenway Racing after five years with Richard Childress Racing.

Newman has 18 Cup wins, including the 2008 Daytona 500 and 2013 Brickyard 400. He won the Sunoco Rookie of the Year award in 2002, beating Jimmie Johnson. Newman has also raced for Team Penske and Stewart-Haas Racing. He has seven career wins in the Xfinity Series and one win in the Gander RV & Outdoors Truck Series.
In 2019, Newman joined Roush Fenway Racing and snapped a playoff drought for the team’s No. 6 car.

He has been married to wife, Krissie Newman since 2004. However, according to reports, the couple recently announced their separation. Just days before the crash, her hubby announced on social media they would amicably separate after 16 years of marriage. The two had met on a blind date in 2001. 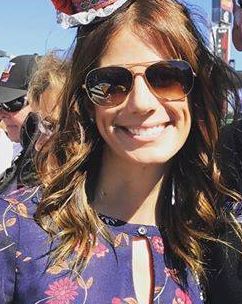 Krissie Newman was born Krissie Boyle on October 28, 1977; her parents are James and Joanne Boyle, she also has a brother named John. According to Bleacher Report, Krissie graduated from Shippensburg University with a B.S. degree in Criminal Science. She worked for a while as a clerk for a judge in North Carolina.

The 42-year-old is the true definition of a NASCAR wife, having been heavily involved in charity work. In fact, she is often called “the First Lady of NASCAR” because of her work with so many organizations. Krissie Newman is especially involved in animal charities. Krissie mostly stays busy with her work at Rescue Ranch in Statesville -a non profit organization she and Ryan founded.

The couple welcomed daughter Brooklyn Sage in 2010. They are also parents to another daughter, Ashlyn Olivia born in 2012.