Nancy Andretti is the loving longtime wife of NASCAR driver, John Andretti -well known as a member of one of the world’s most successful racing families.

Nancy’s husband is said to have died earlier this week after a three-year battle with colon cancer. Andretti died at the age of 56.

Andretti competed in USAC sprint cars on dirt then won the 1989 Rolex 24 in a sports car before moving full-time to IndyCars in 1990. There he started 49 consecutive races over the next three seasons, where his warm personality turned him into a fan favorite.
He moved to stock cars full time in 1994, making at least 29 starts each season through 2003 while driving for the likes of Richard Petty, Cale Yarborough, Dale Earnhardt and Richard Childress. Andretti also competed in the Xfinity and truck series.

In 1994, Andretti made history by becoming the first driver to compete in the Indianapolis 500 before flying to Charlotte, North Carolina, for NASCAR’s 600-mile night race. Andretti finished 10th in Indy and 36th at Charlotte, completing 220 of 400 laps before a bad crankshaft knocked him out. 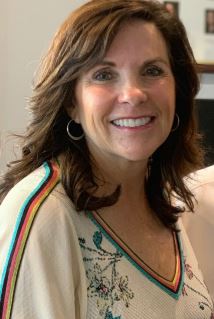 He made 476 career starts on the Cup and IndyCar circuits, winning three times: The 1991 IndyCar season-opener at Australia, NASCAR’s second race at Daytona an 1997 and at Martinsville in 1999.
He became the first driver to attempt the Memorial Day double. He won on dirt tracks, street courses and superspeedways. He won an endurance race, competed in dragsters and became an iron man in IndyCar and NASCAR.
Andretti is survived by his wife, Nancy and the couple’s two children.

Nancy Andretti and her husband were married for many years. Throught his career she was definitely his number one cheerleader. Together they welcomed two children, a son Jarett and daughter, Olivia. The two were husband and wife for 32-years.
Nancy Andretti’s son Jarett -followed into the family business and became a Race Car Driver of the Andretti Autosport #18 & #36 McLaren GT4 Team.

The family issued a statement following John’s death “It with the heaviest of hearts we share that John Andretti has today lost his battle with cancer. John was a loving husband and father, a devoted son and a trusted cousin. He was a philanthropist, an advocate for the sport, a dedicated teammate, a driven competitor and most importantly a dear friend.”