Amy Earnhardt is the new and lovely wife of NASCAR star, Dale Earnhardt Jr. also known as Daytona’s “Pied Piper” due to his incredible success as one of the most popular drivers.

Amy sure has a big name to carry on. Her husband, born Ralph Dale Earnhardt Jr. on October 10, 1974 –also known as Junior, is a son of the Nascar legend Dale Earnhardt Sr., who was killed in the Daytona 500 in 2001. His grandfather Ralph Earnhardt also raced stock cars.

Junior himself has enjoyed a lauded race-driving career. He is a 14-time winner of Nascar’s Most Popular Driver Award. He has also won 26 times, twice in the Daytona 500, in 2004 and 2014 –in his 18 full seasons in Nascar’s top Cup series.

And at 42-years-old he is ready to ‘pass on the torch.’ According to reports, the racing champ will retire from NASCAR Cup Series following the season.

Could his decision be related to his December wedding to new wife Amy Earnhardt? Is not unusual for professional athletes to decide they want to spend more time with their families. Meet his lovely wife below. 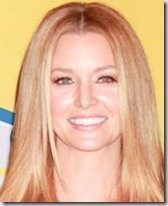 Amy Reimann was born March 25, 1982. She is the daughter of Jeffrey and Anna Reimann. Amy who is a Texas native used to be a married woman. Probably reason why she keeps a low profile.

She tied the knot to her college sweetheart, Tommy Cook –a former University of Kentucky’s wide receiver. After a the short lived marriage she began dating Dale, however some sources say she was still a married lady when the two met.

It was the typical story where the football player gets the hottest cheerleader. At the time, Amy was also an athlete who played for the school’s soccer team, and was as well, a **** cheerleader with the Wildcat Dancers.

She graduated from the University of Kentucky in 2005, obtaining a BS in Interior Design. It was through her job as an interior designer that she met Dale. Accoridng to Fabwags, she was hired to do some decorating gig at his home in 2010 and sparks flew. 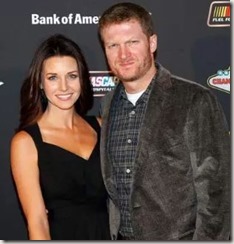 Amy Reimann and Dale had been dating for a long time before tying the knot. The couple announced their engagement in June 2015 and arranged for a New Year’s wedding in 2016.

The couple began making their first public appearances in 2011, meaning our gal had to wait about four to five years for Dale to make up his mind.

Since making the rounds together, gorgeous Amy has been seen by his side at public events including of course the red carpet for the NASCAR Awards Ceremony. She proudly posed for pictures with her man in victory lane for the first time in 2012.

Check out Mrs. Amy Earnhardt on her Instagram here.