Carlin Dunne the professional Motorbike racer who went onto become a four time champion, died over the weekend in a crash. He was 36.

Carlin who enjoyed a brilliant career, passed doing what he loved after he crashed his 2019 Ducati Streetfighter V4 Prototype bike less than a quarter of a mile from the finish line at the iconic Colorado race on Sunday. He was defending his title at the 97th edition of the race.
Dunne had been crowned the motorcycle winner in 2011, 2012, 2013 and 2018; he had achieved legendary status at the Pikes Peak race.
He first rose to prominence as runner up in Race Face’s 2004 Ultimate Freeride Challenge contest. He used that momentum to land a spot on the legendary Kona Clump freeride team alongside luminaries like Robbie Bourdon, John Cowan, and Paul Basagoitia. Dunne’s New World Disorder 6 segment was a particular standout as he crashed twice on a massive drop in Utah, before getting redemption a month later. 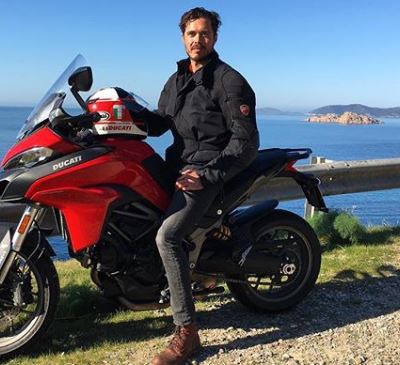 After his NWD days, Dunne transitioned to motorcycle racing and quickly found success. He was the first man under 10 minutes on the world renowned Pikes Peak International Hill Climb.
In addition to his racing career, Carlin Dunne is also described as a filmmaker and stuntman. In fact, he took a break from professional racing between 2014 and 2017 to focus on his love of film and working on the “Dust to Glory 2” movie.

Dunne who was born in South Africa, was the head of film club while in high school and his passion continued taking him to graduate from film school.
Riding came second nature as he had been around his father who was a professional rider -and living above his family’s 1,000 sq. ft. motorcycle repair shop until the age of seven, it’s no surprise he took it to the next level.
There’s no much more intel on his private life and is not clear if he leaves behind a wife and childre or if there was a significant other at this time in his life.
We send our condolences.