Siliana Gaspard is the devastated wife of former WWE wrestler, Shad Gaspard -whose body was found lifeless on Venice Beach.

Siliana’s husband had been missing since Sunday, according to reports he was caught in a rip tide while swimming with his son. Thankfuly his 10-year-old son Aryeh, was rescued and other swimmers also made it out, however Gaspard didn’t make it. He was 39.

Shad Chad Javier Romain Chittick Gaspard, was born on January 13, 1981 in Brooklyn. Shad who trained in boxing, kickboxing and MuayThai -was known as a formwe WWE star, who found fame as one half of Cryme Time tag-team.
Prior to entering the entertainment world in the WWE, Shad actually began his career working as a as a bodyguard for stars such as Britney Spears and Mike Tyson.

In more recent years, Shad -had also made the transition to the acting world. After retiring from the WWE in 2010, Gaspard took to acting landing a number of roles. He had small roles on TV and in movies, including the 2015 Kevin Hart comedy Get Hard, Think Like a Man Too and The Last Sharknado: It’s About Time.
On social media he described himself as a ‘loving father and husband’ as well as ‘actor, writer and former WWE superstar’
He is survived by his wife, Siliana Gaspard and their only child, son Aryeh -born in 2010. 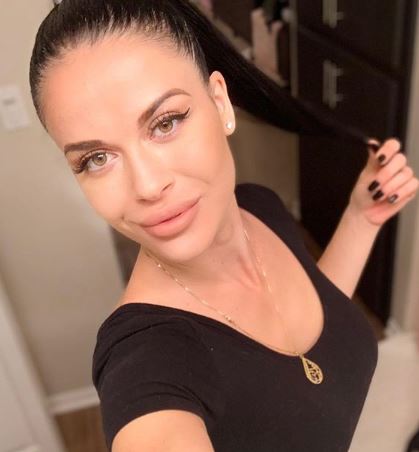 Lovely Siliana Gaspard is a well known certified trainer and nutritionist with over 34k followers on social media. She was born in Sofia, Bulgaria and grew up between the US and Canada. The stunner was a tennis player in her youth.

Siliana is also a former fitness model and bodybuilder competitor, she actually competed for the first time just 13 months after giving birth.
She first competed in a National Physique Committee show in the summer of 2011. That same year she won, overall bikini at the Dallas Europa. Siliana then placed third place, at the North American Championships in Cleveland. She also placed 4th at Team Universe, her second pro card attempt. She also has appeared in a number of magazines such as Flex Magazine, FitnessRX for Women, Muscle and Fitness HERS.

Siliana Gaspard and Shad had been married since 2009, the two had met at a bar in Tampa.