You are here: Home / Other Sports / Who was WWE King Kong Bundy’s Wife?

King Kong Bundy, the professional wrestling icon from the WWE has passed away at age 61. Bundy, is said to have died on Monday.

He was born Christopher Pallies November 7, 1957; the Atlantic City, New Jersey native started wrestling for WWE in 1984 and took on many rivals with his Avalanche Splash. The 400 plus fighter was known as the “walking condominium.”

Bundy was a staple of the Rock ‘n’ Wrestling boom of the 1980s. Throughout his career, he was featured prominently and had many memorable matches, including his fight against S.D. Jones at the inaugural WrestleMania in 1985 and his steel cage match against Hulk Hogan the following year.

He is well remembered for demanding a five count instead of the traditional three in order to show his opponents were unable of getting up. 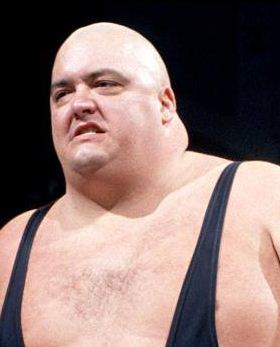 According to WWE, Bundy retired form wrestling and left the organization in the late ‘80s but returned as part of The Million Dollar Corporation in 1994. During this time, he faced off against many other opponents, including The Undertaker at WrestleMania XI. He left WWF for good in 1995.

He continued to wrestle on the independents, however he hadn’t been very active since around 2007. In addition to wrestling he booked national commercials and even had cameos on shows like “Married with Children,” “Weird Science” and “Boy Meets World.”

He was part of Konstantine Kyros’ 2016 class action lawsuit against WWE for claiming the company failed to warn or care for “long term neurological injuries.”

No details have been revealed about the cause of his death as well as is not clear if the wrestling legend was married, divorced or in a relationship at the time of his passing.