You are here: Home / Other Sports / Who is WWE Johnny Valiant’s wife/ Girlfriend?

Johnny Valiant real name Thomas ‘Tommy’ Sullivan who is best known for his career in the WWE as a wrestler turned manager, was sadly killed after he was hit by a truck while crossing the street.

Valiant was a 2-time World Tag Team champ who was inducted into the WWE Hall of Fame in 1996. Following his career as a wrestler, he went on to manage WWE superstars like Hulk Hogan, Brutus “The Barber” Beefcake, Dino Bravo and Demolition. 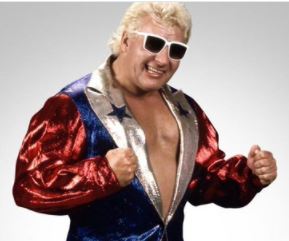 Johnny who would’ve been 72 on November 25th, was rushed to a nearby hospital after he was struck by a pickup truck around 5:30 AM in Ross Township, Pennsylvania –however he died shortly after from the severe injuries, TMZ reported.

Valiant began his career in the late 60’s under the ring name ‘Luscious’ Johnny Valiant. He won his first World Tag Team Champ teaming up with stage brother Jimmy Valiant and the second time with Canadian wrestler, Jerry Valiant.

Along with ‘Handsome’ Jimmy, Johnny Valiant were two of the biggest names in sports-entertainment for over two decades. Some consider The Valiant Brothers the premier tag team of the 1970s. After managing a number of wrestlers, Johnny moved back to the AWA in 1989 –where he managed Wayne Bloom & Mike Enos to the AWA Tag Team Championship. When the AWA closed, Johnny went into semi-retirement.

Johnny V was also known to do commentary for the sport. He left WWF, now known as WWE, for good in 1988, just before Wrestlemania IV. In his post-sport years, Johnny was an acotr and comedian who appeared in the Sopranos and Law & Order.

Not many details are known about his personal life. At this time, it is not clear if Johnny Valiant was married or if he was in a relationship with a special someone. According to a Facebook account, he is listed as a married man.