Melanie DiBiase is the loving wife of former pro wrestling super star -Ted DiBiase -best known for his time in the WWE.

Melanie’s husband had a famous career in the WWE where he was known as “Million Dollar Man”
DiBiase began every match barking orders at his manservant, Virgil, before disposing of his opponents with his nearly inescapable sleeper hold, The Million Dollar Dream. As a tip for their services, DiBiase would then stuff $100 bills into their unconscious mouths.

Born January 18, 1954; the Omaha, NE native earned a football scholarship to play at West Texas State University before starting his wrestling career in 1975.

He began his wrestling career on the Oklahoma circuit. His first big match came against Killer Karl Kox, a match Ted won that started him on his way to notoriety.
He was the creator and two-time winner of the WWF Million Dollar Championship. The former professional wrestler, was inducted into the WWE Hall of Fame in 2010. 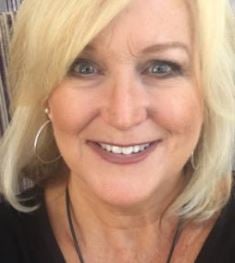 DiBiase, a born again Christian who is a motivational speaker and is also involved in charity -has been married to wife Melanie for decades. She is actually his second wife as he was previously married to Jaynet Foreman from 1973 until 1980. From his first marriage he is the father of one son, Mike DiBiase.

He and wife Melanie became husband and wife in 1981. The two met while Ted was wrestling in Atlanta, Georgia.
The couple has two adult sons together; Brett and Ted Jr., who also became professional wrestlers.
According to the Washington Times, Melanie DiBiase is the reason her husband went from unfaithful husband to pastor. The year was 1992, when Melanie the mother of two of his three sons confronted him about his infidelities.
In 1997, just a few years after that painful phone call from his wife and his conversion to evangelical Christianity, Mr. DiBiase came clean in his autobiography, “Every Man Has a Price: The True Story of Wrestling’s Million-Dollar Man.” The documentary ‘The Price of Fame’ also describes how he convert.

Recent reports indicate, their son Brett has been arrested and charged in a serious crime. 36-year-old Brett DiBiase was taken in as part of a federal welfare scam in which $4 million was allegedly stolen. The money was supposed to go to a charity.
Brett DiBiase was released from the WWE in 2011.