Shay Shariatzadeh is the stunning lady who recently became the wife of non other than John Cena -the WWE legend.

Shay and her man began dating nearly two years ago, the two became husband and wife in a private ceremony earlier this month, according to reports.

Shay became the interest of the public after she was disclosed as the girlfriend of Cena in 2019. At the time the WWE star had broken up with Nikki Bella -whom he dated for six years. The two shared a home at the time of their break up and were even engaged at one point, however the two grew apart and eventually ended their very public relationship in a nasty way.
It was reported that John doesn’t want to have children, while the Total Bellas star was determined to have kids of her own.
Now Nikki, one half of the Bella twins, is engaged to professional dancer and former Dancing with the Stars partner, Artem Chigvintsev. The two welcomed their first child together in July 2020.

But that’s all in the past, so let’s get to know the new missus Cena, Shay Shariatzadeh; check out her top facts below. 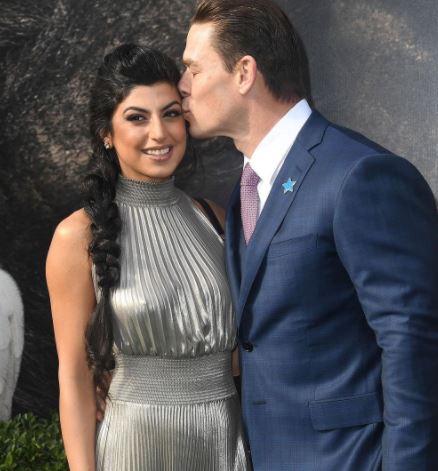 Shay and John met on the set of Playing With Fire in British Columbia. The two began dating in early 2019, and were photographed together in a number of outings during their courtship. They made their relationship red carpet official in front of cameras at the Playing With Fire premiere in October 2019.
According to reports, the 31-year-old and Cena 43, had a quiet wedding ceremony in Tampa on October 12.

2. She enjoys math and physics

Shay who was born in Canada, is an engineer who studied at the University of British Columbia and earned an Electrical and Electronics Engineering degree.
Shay revealed in an interview she was inspired to study engineering after because of her brother

“I have always enjoyed math and physics. My brother studied engineering in school, and I remember one day he came home with a project and it was an autonomous car—and that was it! I decided to study Engineering.”

3. She has an impressive resume 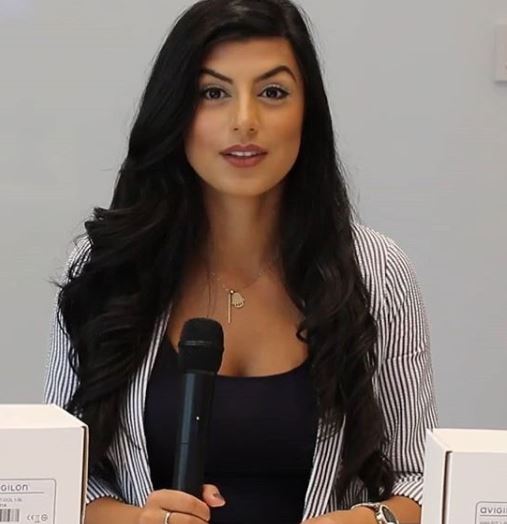 Shay is a Product Manager at Sonatype and previously worked in the same role, for Avigilon, a Motorola Solutions Company in Vancouver.
She said in a profile on Avigilon‘s website. “Today, I take pride working in the video surveillance industry because our products help keep people and their assets safe, and that’s my little contribution to our world.”
Prior to those jobs, in 2014/2015, Shay was an Applications Engineer for Alpha Technologies.

4. She is his second wife

The 16-time WWE world champion was previously married, so this makes Shay his second wife. Cena’s first wife was Elizabeth Huberdeau, the two were married from 2009 to 2012.
Is not clear if the couple will have children; Cena has said he doesn’t want kids but it’s not clear is Shay thinks the same.

She has stated in the past, her mother is a big source of inspiration for her. She went onto say her mother is the stongest and most hard working woman she knows. The biggest lesson she learned from her mother was to be independent and fight for the things she wants in life. She added

“She is the reason I fight to be the best version of myself, to be kind and to never give up—because, despite all the hardship, she always smiled. She is my hero.”