Sarah Morin has been named as the unfortunate woman who left boxer, Jermall Charlo out of $150K in jewelry and cash!

Morin who according to reports turned herself in to police stole a briefcase filled with the cash and jewelry belonging to the famous athlete while at Ja-Z’s 40/40 club earlier this week.

Charlo is a 27-year-old boxer who was ranked #1 middleweight in the world. The champ and his identical twin brother, Jermell –were born in Richmond, Texas on May 19, 1990. He graduated from Alief Hastings High School in Houston, Texas and made his professional debut in 2008.

Known as the ‘Hitman’ –Jermall Charlo has earned knockout victories over boxers like Julian Williams, Cornelius Bundrage and Lenny Bottai. He has fought unbeaten in 26 matches and held the IBF light middleweight title from September 2015 to February 2017.

He is scheduled to fight for the WBC’s interim-title on April 21 against Hugo Centeno Jr. in a Showtime televised bout. 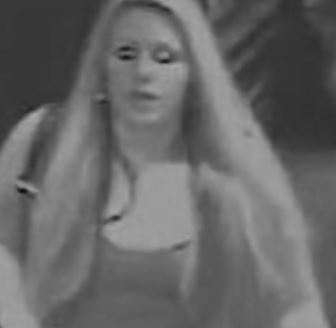 According to several New York papers, Charlo and his crew were involved in some type of altercation at the club – and during the commotion the boxer’s fiends left his Louis Vuitton bag unattended on a table. When Charlo returned to his seat, the bag had vanished.

Morin is a 40-year-old resident of Connecticut who told police –she and four other pals had taken Charlo’s bling filled bag. The posy was caught on security footage leaving the club. Police sources told media that Charlo’s Louis Vuitton bag was filled with $40,000 in cash and $115,000 worth of jewelry. The jewelry was recovered, the cash was not, according to police.

Though the tall blonde gave back the jewelry, she still didn’t return the cash and is in big trouble.

She was arrested and charged with grand larceny and criminal possession of stolen property. No official photos of Sarah Morin have been released.