Reeva Steenkamp, the late model who died at the hands of her Paralympian boyfriend Oscar Pistorius, is finally getting some justice.

Recent reports say the disgraced blade runner got his sentence more than doubled for killing the gorgeous South African model. The supreme court of appeal increased Pistorius’s sentence from six years in prison to 13 years and five months.

A spokesman for Reeva’s family told media ‘their trust in the justice system has been confirmed.’

Pistorius killed Steenkamp by firing four bullets from a handgun through a closed toilet door in his luxury home in Pretoria on Valentine’s Day 2013. Pistorius, has always maintained he fired in the mistaken belief that an intruder was hiding behind the door. 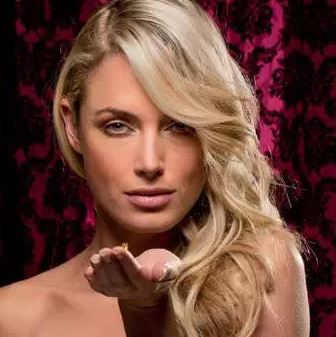 Cape Town native Reeva studied law at the University of Port Elizabeth graduating in 2005 later working as a paralegal before applying to the bar.

#2 She had no shortage of career options.

Reeva also worked as a model, becoming the face of Avon in South African and going on to feature in magazine FHM. She also worked as a TV presenter and appeared in adverts for companies including Toyota.

#3 She learned to walk again

A keen horse rider, she had broken her back while riding as a youngster and went through rehabilitation to walk again.

Reeva was a regular on the A-list circuit in South Africa when she was introduced to sporting hero Oscar back in late 2012. Pistorius described how they pair met over a lunch at a car racing track in November 2012. The Blade Runner said: “I was very keen on Reeva.

“I think, if anything, I was maybe more into her than she was at times to me.

“I let her just take her space but it wasn’t always easy. I was besotted.”

#5 Reeva had a history with bad boyfriends

During an interview Reeva Steenkamp was asked if she had a bad dating experience, and she replied that she “once had to get a restraining order against a guy.

#6 She advocated against sexual abuse

Reeva Steenkamp was an active supporter of women, fighting against abuse. On her social media platforms she posted about her stands on sexual abuse. She even talked about a girl in her area who was a victim, just days before her death.

#7 She did reality TV

Before her death, Reeva Steenkamp had spent two and a half weeks filming in Jamaica for the fifth season of a Jamaican reality show, Tropika Island of Treasure Show –where she had been casted as a celebrity contestant.

#8 She denied she was dating Oscar

Reeva and Oscar first outing turned out to be a sports awards night he had asked her to accompany him on the same evening the two were introduced. At the time they were only friends so when reports surfaced of they being an item, she denied the relationship.

Reeva Steenkamp had a number of hobbies, according to one of her bios, when not modeling or working as a paralegal, she loved cooking and was also into fast cars.

#10 Reeva is survived by her parents and siblings

Reeva is survived by her parents Barry Steenkamp, a horse trainer, and his second wife, June. She also left behind two older half-siblings, Adam Steenkamp and Simone Cowburn.