Katarina Smolkova is the proud wife of UCI World Champion, Peter Sagan. The Slovak couple are well known due to her hubby’s success as a professional road bicycle racer.

Her man, born January 26, 1990 is considered one of the sports greatest talents. His older brother, Juraj Sagan is also a pro cyclist. Peter and Juraj have a third brother and one sister.

The Slovakian cyclist won the points classification at the 2012 and 2013 Tour de France, becoming the second to win in his first two tries.

The current road world champion and recent winner of the prestigious Tour of Flander has unfortunately been disqualified from the 2017 Tour de France after causing a crash that endangered multiple riders, including Mark Cavendish.

Luckily for Sagan he can always count on his lovely wife, Katarina. The two have been married for the past couple of years but were in a long relationship before tying the knot.

The two wedded on November 11, 2015. The ceremony took place at noon local time in the Roman Catholic church in Dolny Kubin in northern Slovakia, according to Slovakian website Aktualne.sk. Sagan and Smolkova then moved on to their reception at a luxury hotel in Pleso. The guest list for the wedding was noticeably absent of celebrities, with friends and family. 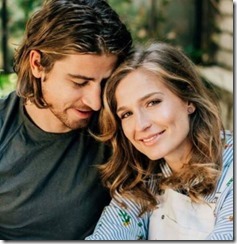 As an interesting fact, before the ceremony could get started, Sagan had to wield a chainsaw to cut through a traditional “gate” that blocked his path to Katarina Smolkova’s house. Katarina has one sister, Siska Smolkova. 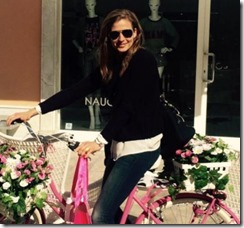 The stunning Tour de France wag, is a marketing coordinator who holds a master in finance. According to her LinkedIn, Katarina who goes by Kate, attended Univerzita Mateja Bela v Banskej Bystrici for a her Master of Arts (M.A.), Finance, Banking, Investment; graduating in 2011.

The stunning gal is fluent in Czech, English, French, German and Slovak. She is currently listed as the marketing coordinator at Fytosal ltd. Her professional backgroud includes previous jobs such as Optimization Project Coordinator for DHL IT Services Prague. In 2012 she worked for ANZ E*TRADE Australia as a Client Services Consultant. She is knowledgeable in Public Speaking, Customer Service, Event Management, Event Planning, Office Management, Fundraising and Teaching.

We predict in the near future the lovely Katarina Smolkova will be staying more at home since Sagan announced last month, the couple is expecting their first child together. Congrats!

You can check out Katarina Sagan on Facebook here.