Peter Kraus, best known from appearing on hit reality TV show, The Bachelorette –went on a date with none other than WWE star, Nikki Bella.

Peter’s date as most of us know, is currently single following her on-again, off-again relationship with John Cena. Reports say the two went on a date at the request of Nicki’s mom who happens to be a huge Bachelor fan.

Peter Kraus was born March 19, 1985; the Wisconsin native has one brother. He also has a niece and nephew. 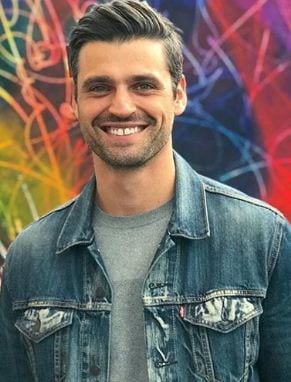 He earned an associate’s degree in dietetics from Madison Area Technical College in 2010; according to his LinkedIn, he did clinical nutrition internships at the University of Wisconsin Hospital and Badger Prairie Hospital. He is also a certified personal trainer through the International Sports Sciences Association.

He worked as a personal trainer and did some modeling before making his reality debut. He founded Worth Personal Training –which offers both bootcamps and individualized personal training.

You may remember the model and personal trainer from appearing on the thirteenth season of The Bachelorette –where he competed to win the heart of Rachel Lindsay. However, Rachel Lindsay’s season left him heartbroken, after being a front-runner he ended as the runner-up. He said during interviews he was approached to become the next Bachelor but said he wouldn’t come back to the show to find love again and that he was glad that door is shut.

Though Nikki’s mom surely had the best of intentions by pushing her daughter to go out there on the dating game again, reports say there were no sparks between Kraus and the pro wrestler –in fact according to TMZ, when Peter tried to make his move and give her a kiss, she yelled No! If you want to see everything go down, the date will air next year on the new season of “Total Bellas” –It seems like this two will remain single for the moment.