Marc Fowler is currently in a relationship with Laura Behnke –the gorgeous weekend sports anchor and reporter for Channel 7, and most recently a victim of discrimination.

According to reports the lovely blond filed a complaint with the New York State Division of Human Rights against Camille Edwards for gender and race discrimination. Page Six obtained the legal complaint filed in 2016. Laura was allegedly denied a job opening and at the time she was told the reason was because ‘Camille will never hire you because you’re blond.”

In the complaint Laura also details a number of incidents in which she felt she was being singled out for being a ‘white female.’ The job she was after (the main sports anchor position) was eventually given to a man outside the company and she described how she was forced to remove a fashion blog she launched in 2016 because she was told she was “in breach” of contract –despite other non-white employees and other employees who did not oppose discriminatory practices” didn’t have to comply with such social media rules.

A spokesperson for WABC did not coment on the complaint however, they told Page Six, Laura’s contract will expire within a few weeks and that she has been offered a chance to remain in her current role with a pay increase. 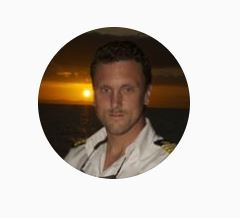 She is a Minessota native who attended the University of Wisconsin. Prior to Channel 7, Laura Behnke worked in Boston as a sports reporter and anchor at New England Cable News and at Comcast SportsNet New England, where she hosted the weekly magazine show “Celtics Now”.

A recipient of the prestigious Edward R. Murrow Award –Laura is currently based in Manhattan. We wondered what her loved one would think about Laura’s recent predicament but judging from her social media, the model-looking gal who describes herself as a ‘fashion addict’ is also a ‘bride to be.’

After some digging, the name of the lucky fella is Marc Fowler. According to his LinkedIn, Marc Fowler is a ‘Trainer & Corporate Programs @ Dale Carnegie Training – Enthusiasm | Inspiration | Empowerment | Confidence | Engagement.

Marc Fowler and Laura are also the proud parents of a Labradoodle named, Oxford.