You are here: Home / Other Sports / Julie Frates is Pete Frates’ Wife

Julie’s husband helped create a viral social media sensation, the Ice Bucket Challenge, that raised both awareness and funds for the disease. Sadly, he has died of the neurodegenerative disease at the age of 34.
The viral movement inspired by Frates swept the Internet in 2014 and raised more than $200 million worldwide.

The former Division 1 college athlete who was at one point the Captain of Boston College Baseball, was diagnosed with ALS in 2012. Since then, he bravely helped raise funds and awareness for the disease.
Frates is survived by his wife, Julie; daughter Lucy; parents John and Nancy; and siblings Andrew and Jennifer.

28-year-old Julie Kowalik met Pete Frates -a former BC baseball star turned insurance salesman -just eight months before his dreaded diagnose; at the time she was 22-years-old. Despite Pete’s uncertain future they became husband and wife. The couple tied the knot on June 1, 2013, at an oceanfront event in Marblehead, Massachusetts, Julie’s hometown.
Julie Frates gave birth to the couple’s daughter, Lucy Frates in September of 2014. 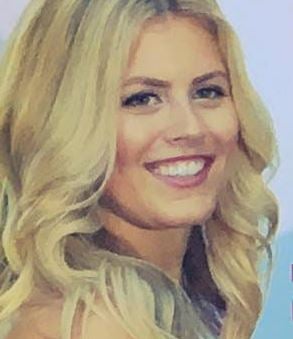 Julie attended Marblehead High School; graduated from Boston College -which she attended from 2008 until 2012. She worked for a while as a women’s buyer at Sail Loft. However, she became her husband’s primary career even before she graduated college. Julie moved out of her BC dorm, a couple months before graduation to help care for Pete at his parents home.
In 2017 the family reached out for help after Pete’s bedroom had been turned into an Intensive Care Unit and were facing medical bills of anywhere between $85,000-$95,000 per month -resulting from 24-hour home healthcare for Pete.