Caitlin Larsen was in a romantic relationship with Canadian Jordie Lunn, known in the biking world as one of the best. Her boyfriend was in Baja, Mexico, filming a web series when he suffered a fatal head injury. He was 36.

Jordie who was world renowned for his trick mountain bike riding, was trail riding with friends when tragedy occured.
Jordie Thomas Lunn Lunn grew up in Parksville, B.C., where he started BMX riding as a child. Lunn built mountain- and dirt-biking trails around the Island, together with his father and brothers. 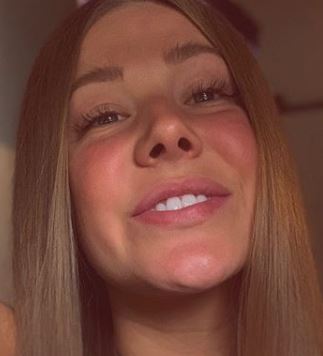 His passion soon turned to mountain biking, in which he competed internationally. Eventually, Lunn took up trick riding. Among his accomplishments were the downhill biking trails at Bear Mountain Resort near Victoria. His list of honours includes being the top-finishing Canadian at Mont-Sainte-Anne in 2003, the second-ranked North American in the 2003 World Cup standings and best trick winner at Hammerfest DH 2012, John Henry Jump Jam 2012 and Whistler Crankworx 2012.

He also served three years as a member of the national downhill team. Lunn also starred in a series of eye-popping films and videos, including his self-produced Rough AF series.
One of those videos, Rough AF 3, was previously featured on Global News. The video featured Lunn performing a death-defying stunt in which he rode down a 80-degree, 20-metre ramp hand-built into a tree.

According to pinkbike, Jordie is survived by his parents Bonnie and Brian Lunn, his brothers Craig and Jarrett Lunn, and his girlfriend Caitlin Larsen.
Caitlin Larsen and boyfriend Jordie lived together in Victoria, BC. Unlike her boyfriend, Caitlin Larsen seems to enjoy a low profile, she can be found on Instagram as Caitlin Rileey.