Jessica Blevins is the gorgeous wife of professional eSports player, Tyler Blevins -better known for streaming his Fortnite playing online and whom you may know by his online alias “Ninja”

Jessica’s husband has been described as the most popular video-game player in the world. Tyler gaming career took off after he graduated high school. He was introduced to video games by his father, Chuck and became a professional player in 2009. He played for various teams including Cloud9, Renegades, Team Liquid and Luminosity Gaming.

He then became a streamer in 2011 posting a range of Fortnite content as well as the occasional vlog to his Ninja YouTube channel, which has over 22 million subscribers. He’s earned over 14 million followers on his Ninja Twitch channel, which was the most-watched Twitch channel in 2018. Also in 2018, Tyler did a Twitch stream with Drake in 2018 that had over 500,000 live viewers.

At 28, Tyler is already a married man. Meet his gorgeous wife below. 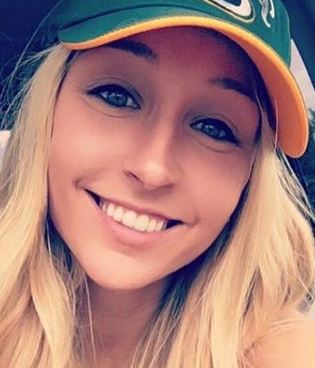 #1 They were longtime boyfriend and girlfriend

Jessica and Tyler dated for several years prior to their nuptials in 2017. The two initially met in 2010 and began dating in 2013.

#2 Jessica Blevins is no stranger to the gaming world

Jessica Blevins was born Jessica Goch, on June 23, 1992. The beautiful lady is a fellow streamer and player. She first started playing Sonic on the Sega video game console. She has amassed over 1.2 million followers on her jessghosty Instagram account. She is known for her live streams of Halo under the tag of jghosty.

Jessica, aka ” JGhosty,” has nearly 200 videos on Twitch and over 320,000 followers on the platform. Her first videos were posted in October 2014, when she streamed popular games like “Slender Man” and “Minecraft.” Eventually, she started doing what Twitch calls “IRL” streams, where you livestream what you’re doing — creating, painting, dancing, or, in Jessica’s case, cooking.

#4 She is the brains behind her famous husband

Jessica isn’t only a wife for Tyler, she’s also his manager -which means tons of work, in fact she is one of the reasons why Tyler is so successful — she manages his entire business, including coordinating the handful of people who are part of “Team Ninja.”

#5 Jessica wants Tyler to be ‘known’

#6 She has a crazy schedule

Jessica wakes up first and is up around 6 a.m. She takes out the dogs — two Yorkies — makes coffee, and hits the computer. It’s all about tending to emails and making phone calls before Tyler wakes up. When her husband is up, they have coffee, discuss business, or just do ‘couple-y things’ -then when he goes live the two wont have a chance to talk until the morning so she makes sure to run things by him before he strats streaming. While he streams Jessica handles errands: getting groceries, taking care of their dogs, and handling more phone calls and emails. But once 4 p.m. hits, it’s officially “break time” for both of them.

#7 She had a boyfriend when they met

It was the year 2010 when Jessica -who at the time was a freshman at the University of Wisconsin-Whitewater -was urged by her then boyfriend to attend a “Halo” tournament called Focus Fire with him in Lacrosse. She ended up going and met Tyler who was also in a relationship. The two reconnected three years later in Twitter and soon after began dating.