Leati Joseph Anoa’i, a.k.a. Roman Reigns, is a name known to every fan of WWE. An American wrestler and actor, he was once a professional gridiron football player. He is also the WWE Universal Champion in the second reign presently. Apart from all of these, he is also the reason for endless questions on the internet.  How old is Roman Reigns? Is Roman Reigns married? Searches are also related to people in his life. It includes Roman Reigns’ parents, fathers, mother, siblings, and it goes on.

In this article, the Player Wives Wiki will tell you about his better half, Gorgeous Galina Becker. After all, people rely on their partners for support in different phases of life. So, let’s get started!

Who is Galina Becker?

Galina Becker is associated with the American Wrestler, Roman Reigns, for being his partner at every thick and think of life. Married to the WWE Universal Champion, Galina Becker also has an athletic background. She was always focused on track, and during the days she was learning from the Georgia Institute of Technology, she never left any chance to enhance her skills. After all, she had to present the best version of herself, and that’s what happened!

With her athletic skills, she was able to lay the foundation of her success. Galina embarked on her journey of becoming a fitness model when she met Roman Reigns. However, he hadn’t begun his profession as a wrestler.

It won’t be wrong to call Galina the star competitor. For three years, consequently, she marked her presence in Most Valuable Performer. This isn’t it! Apart from her fan base, Becker has also earned many titles and medals.

Galina Becker is said to be trained by Steve Nelson when studying at Mt. Pleasant High School, San Jose, CA. She earned many regional titles in triple and long jump events when in her junior and senior years of school. Do you know she has Central Coast Section record in the triple jump?

An introduction to Galina Becker’s bio is not enough for you to settle your curiosity about her, right? Now that you are aware that she was by Reigns’ side even before he initiated his steps towards his career as a wrestler, don’t you want to know when Galina Becker and Roman Reigns began dating?

Galina Becker and Roman Reigns: When Did they Begin Dating?

The journey of the duo began as friends. Somewhere around December 2008, Galina Becker was pregnant and gave birth to their first child Joelle. However, they were not married to each other. In 2012, they got engaged, and in 2014, they tied their knots. The ceremony took place on a private island situated in the Bahamas.

Later, in 2016, Becker and Reigns welcomed their first boy twins. In 2020, they again brought two lives, which are of their other twins. Despite being a parent, Galina’s zeal for her work is the same, and she continues to work with her best. 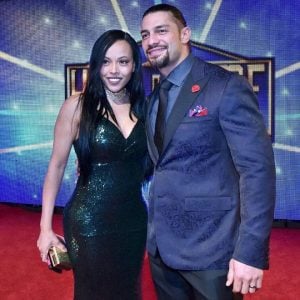 Do you know about their wedding song?

The duo chose the island possessed by Disney for their wedding, which shows them to be huge Disney Fans. However, do you know that their wedding song is related to Disney too? The main song, A Whole New World,  is from the Aladdin movie.

By now, you have become aware of who Roman Reigns’ wife is, how they met and tied their knots. Next, we will take a glimpse of Galina Becker’s background. After all, many of you want to know about Galina Becker’s parents, nationality, bio, and net worth. So, here comes the Galina Becker!

Galina Becker’s Personal Life: From Where Does She Belong?

Galina Joelle Becker was born to Kevin and Mildred Becker on 11th March 1987. Her birthplace is Jacksonville, Florida. She grew with her elder sisters, Undine and Molisa, and their parents. Her sister Undine was also a track athlete. However, when it comes to the ethnicity of Galina Joelle, she belongs to the black race.

Here’s a video about their interesting facts:

Do you know that Roman Reigns was diagnosed with a critical illness, leukemia, in the year 2008? The professional wrestler was just 22 then, and it was the same time he was paving the way for his football career. It was also the same year when Galina was pregnant with their first child Joelle.

All of the events taking place together somehow persuade him for a break from football. Later in 2010, he joined hands with WWE. It was in the same year that he made a debut in acting.

Is Roman Reigns related to Rock?

Let us talk about brothers Mateo and Luke! Yes, from the movie Hobbs and Shaw.

Dwayne Johnson, also known as The Rock and Roman Reigns, have played the part of brothers in Hobbs and Shaw, the spinoff of Fast and Furious. However, they share a familial bond beyond reel life too. Even though they do not have the connection technically, they refer to one another as cousins, and this is because their family knows each other for many years.

Roman Reigns and Galina Becker Net Worth: How Much are they Worth? 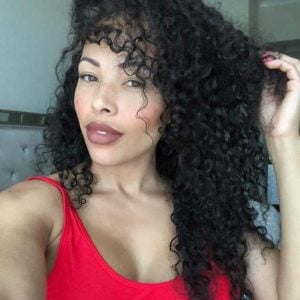 For any profession, one of the foremost things to be taken into consideration is the value they add to a person. Apart from making one a reputation among people, a healthy and thriving career also defines the person’s net worth. So, before we call it a wrap, let’s conclude about how much Roman Reigns and his wife are worth. Roman Reigns, who has earned a great fan base on the basis of his performance on stage as an actor and ring as a wrestler, has a worth of $13 million. However, his wife, Galina Becker’s net worth is $3 million.

We hope you like reading this article! If you did, stay connected to us for more!