Jessica Skipper is the loving and supportive wife of TV executive John Skipper –whom was until recently as the president of ESPN.

Jessica’s husband has stunned after stepping down from his long-time post as the president of ESPN citing substance addiction.

Born John Darrell Skipper on December 19, 1955; the North Carolina native holds a bachelor and a master’s degree in English Literature from the University of North Carolina and Columbia University, respectively.

John D. Skipper has been President of ESPN, Inc. at Disney Interactive Studios, Inc. since January 2012. He joined ESPN in June 1997 and oversaw the launch of ESPN, The Magazine in March 1998. Mr. Skipper oversees content development, design, production and marketing for ESPN.com (the No. 1 sports site), NFL.com and Soccernet, overseeing staffs in New York, Los Angeles, London, Bristol, CT and Seattle, WA. He previously served as the Executive Vice President of Advertising Sales & ESPN Enterprises.

Prior to joining The Disney Publishing Group in 1990, Mr. Skipper held the position of president and publishing director at “Spin” magazine. Previously, he spent 10 years with Straight Arrow Publishing including eight years with “Rolling Stone.” 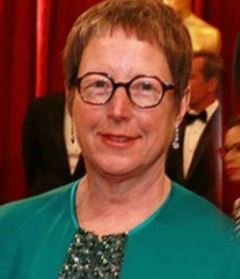 He and his wife have been married for many years and together are the proud parents of two adult children.

Jessica H. Skipper was born on January 10, 1957. Jessica and her husband are longtime resident of Wilton, Conn.

The couple’s son, Nicholas Huntley Skipper was married to Rebecca Anne Speiser in 2014. The two met while attending Davidson College in North Carolina –according to the wedding announcement.