Liv’s ex-boyfriend made a fool of himself over the weekend as he tried to get back in the ring by crashing the WWE Survivor Series. Footage shows the 31-year-old was eventually escorted through the tunnel and right out the exit door.

Enzo was accused of rape at the beginning of 2018, and was fired by the WWE shortly after. The Phoenix Police Dept. eventually closed the case, and no charges were filed.

The New Jersey native born December 8, 1986; is a pro wrestler and rapper, who was signed to World Wrestling Entertainment’s NXT developmental branch in 2012.

Between 2007 and 2009, while working toward his bachelor’s degree in journalism, he was a linebacker for Salisbury University’s Division III football team. Prior to beginning his professional wrestling career, he trained with Joe DeFranco in Wyckoff, New Jersey.

He is a former two-time Crusierweight Champion and along with teammate Big Cass –won the NXT Year-End Award for Tag Team of the Year in 2015. 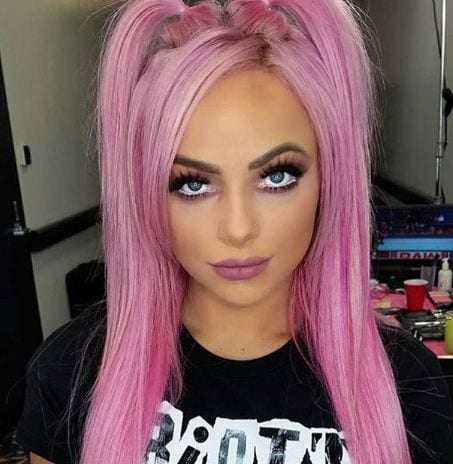 He and fellow WWE superstar Liv Morgan –used to be an item. The two split sometime in 2017.

Born June 8, 1994 as Gionna Jene Daddio also in New Jersey –the stunner goes by ring name Liv Morgan. She is signed to the WWE and performs on the Raw branch. You may recognize her as a member of The Riott Squad –along with Ruby Riott and Sarah Logan.

The 24-year-old worked at Hooters and also did some modeling for the company, prior to joining NXT and subsequently Raw. According to her WWE bio, Liv Morgan is a former competitive cheerleader.

She is quite active on social media but keeps her private life under wraps as she wasn’t too vocal about her relationship with Amore. Recent reports point out Amore’s latest rap song, “Liv A 30 for 30” –and say the song is about his relationship with the gorgeous Liv Morgan. Do you agree?