You are here: Home / Other Sports / Duffy’s Ex-Boyfriend Mike Phillips

Mike’s gorgeous and talented girlfriend is reemerging after disappearing from the public eye for a few years. The 35-year-old has revealed the reason for her hiatus on social media and as much as we would like to tell you she had been busy working on some new material -she made a jaw dropping revelation.
Duffy who had not posted anything on Instagram since 2017, went onto say she was the victim of an abduction, she wrote ‘I was raped and drugged and held captive over some days’
Though is unclear when the ordeal occurred, she went onto say details will be coming out in an interview.

Duffy, of course, won the best pop vocal album Grammy for “Rockferry” in 2008. That same year she was nominated for Best New Artist and Best Female Pop Vocal Performance for “Mercy.”-At the time, she was often compared to her fellow soul-pop contemporaries Amy Winehouse and Adele.
Her 2010 follow-up album, Endlessly, spurred no hits and failed to achieve the same level of Rockferry’s critical success. In the ensuing decade, Duffy would resurface very rarely, with her most notable work being a supporting role in the 2015 crime thriller Legend. 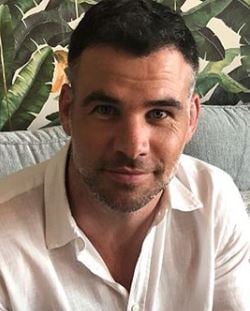 During her most public years, she was in a romantic relationship with Rugby star-Mike Phillips however in 2011, the couple split. The two dated for about 18 months and after their split it was reported that Phillips’ career had put a strain on their relationship. Some didn’t understand the breakup as Phillips had declared that she was his ‘dream girl’

The Welsh international rugby star was born William Michael Phillips on August 29, 1982. The 6 ft 3 in scrum-half was raised on a farm in west Wales. He is the son of farmer, Trevor Phillips and a retired teacher mom, Morfydd. He has two brothers Mark and Rob.

During his playing days, he was a player for teams such as Ospreys, Welsh Rugby Union as well as Bayonne, a French rugby team. He is currently a retired player turned rugby coach. He retired after earning 94 Wales caps and five Test appearances for the Lions.
He and his wife and child are based in Dubai where he runs a rugby academy. He and his wife were married a week after retiring from the game in 2017.