Michelle’s hubby was born Christopher Clive Froome in Nairobi, Kenya on May 20, 1985. He has become an important figure of modern cycling to his achievements which include being a three-time winner of the Tour de France and a 2 time second finisher in the Vuelta a Espana, securing his status as one of the most successful stage-race riders.

He studied at the University of Johannesburg, but dropped out to join Konica Minolta, a South African cycling team. He later switched to a British racing license in 2008. That was the beginning of a successful relationship with the Great Britain Cycling Team. Foome then won a bronze in the time trial at the London Olympics in 2012. He repeat that feat when he led the team in the road and time trial events in Rio four years later. 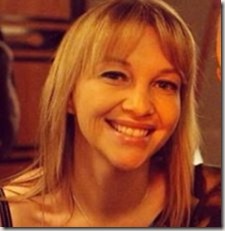 Froome became engaged to the former Michelle Cound in 2013. She became officially Mrs. Froome in 2014. Their story goes back to 2009 after the couple met through rider Daryl Impey.

Their romance blossomed and by 2011 they began living together in Monaco. 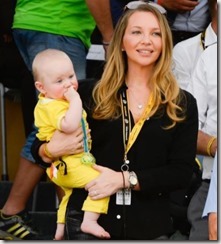 The lovely blonde is a South African of Welsh origin. Michelle Froome was born in Neath, U.K. but was raised in South Africa.

According to Fabwags, Michelle graduated with a degree in computer programming from Van Zyl & Pritchard. She also studied Java and Object orientated Design at Guruhut. Her professional experience include working as a CSF Designer at Document Solutions. She also served as a systems developer at Momentum, before becoming an analyst developer at Investec. At the time of her engagement she was listed as the director at the South African platinum mining company Ingonyama Platinum.

She and her hubby became first time parents in December 2015 with the birth of son, Kellan Froome. The stunning wife and mother also funded procycling.co.za where she serves as a website programming as well as a photographer.

Nowadays Michelle Froome spends much of her time tending to the couple’s adorable son.