You are here: Home / Other Sports / Who is Cari Champion’s Boyfriend/Husband?

Cari Champion is a TV host and media personality best known for being the weekday noon host of SportsCenter.

The 44-year-old stunner recently announced she is leaving ESPN. She was employed as the co-anchor of SportsCenter Coast-to-Coast with David Lloyd. She announced her decision on Twitter saying “After consulting with mentors, family and friends, I have come to the decision that it’s time to leave ESPN”
Cari also keeps busy hosting a weekly podcast in with espnW, Be Honest with Cari Champion, however is not clear if she will also leave the podcast or where her next media stop will be.

What’s also not clear is, if Cari Champion is in a romantic relationship. Champion who keeps her private stuff private may have also consulted with a special someone about her abrupt decision to leave the network. It is believed she has never been married nor does she have kids.

The California native born June 1, 1975; studied English and mass communications at UCLA and moved to West Virginia for her first reporting job. 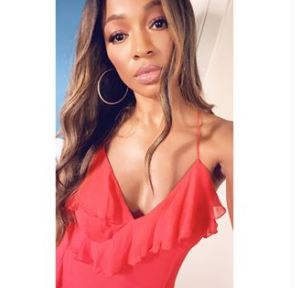 While reporting in Florida, her work covering Serena and Venus Williams sparked an interest in tennis, which ultimately led her to the Tennis Channel. Additionally, she served as an entertainment/lifestyle reporter doing features for The Insider, Hollywood 411 and Starz Entertainment.

From the Tennis Channel she jumped to ESPN in 2012. At the time, she started as the host of “First Take,” moderating hot-take debates between Stephen A. Smith and Skip Bayless. She was promoted to be a SportsCenter anchor in mid-2015 and anchored her first broadcast in July. According to her ESPN bio, she also hosted the former ESPN program SportsNation in 2018. In addition, Cari Champion is the founder of the non profit, Brown Girls Dream.

Though she keeps active on social media, the question remains: Who is Cari Champion’s boyfriend/husband?