Faryal’s hubby is a Manchester native born December 8, 1986; he won his first professional fight against David Bailey via TKO on July 16, 2005.

Since then, Amir has won WBA, WBA (Super) and IBF Light Welterweight titles. He became the youngest British boxer to win an Olympic medal when he took silver in the 2004 Olympics at just 17 years old.

But we’re really here to tell you about his gorgeous wife, Faryal Makhdoom. Check out below her top facts. 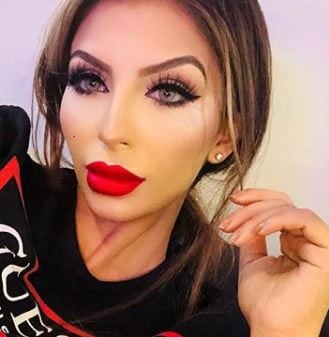 #1 She has Pakistani roots

Faryal Makhdoom was born July 27, 1991 in Brooklyn, NY. Her parents are Pakistani immigrants, Shaukat and Zia Makhdoon and they own a luxury home on Staten Island.

#2 She holds a double major

She graduated from Rutgers University School of Arts & Science with a double major in political science and journalism.

#3 Faryal Makhdooom is a businesswoman

The model also owns her own make-up brand and is an Instagram star. On her website it says she “strives to be a role model for her little girl, showing her that sometimes the king is a woman.”

Since their 2013 nuptials, Faryal Makhdoom and Amir have welcomed two children together, daughters Lamaisah born in 2014; and Alayna born in 2018.

#5 She was accused of cheating

Back in 2017, explosive tweets from Amir Khan’s Twitter account, claimed he had split from his wife… and accused her of cheating on him with Anthony Joshua. However, Faryal later claimed that both of their accounts had been hacked. The couple’s relationship has also been rocked by numerous allegations that Amir has cheated, however they remain together.