Julie Keith is the longtime wife of former athlete, **** Pound -who is currently a senior member of the International Olympic Committee.

Julie’s husband is grabbing headlines after he claimed there’s a three month window to decide whether the 2020 Tokyo Olympics will go ahead amid the coronavirus outbreak.

77-year-old **** Pound is a former Canadian swimming champion who has been on the IOC since 1978, making him its longest-serving member. He has been one of the most influential members of the International Olympic Committee for over two decades.

Julie Keith was born Julie Houghton Keith, in Chicago. She is often described as a Canadian American and is known for her work as a writer.
Julie Keith earned a B.A. from Smith College in 1962 and an M.A. from Concordia University in 1989. Raised near Chicago, she moved to Quebec in the mid-60s. 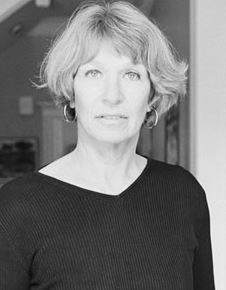 Like ****, she was previously married and is the mother of two adult children-Keith Flavell and Christina-from her first nuptials. She and **** Pound have no children together, instead she is the stepmother to ****’s three children from his first marriage; Trevor, Duncan and Megan. Julie Keith and **** Pound tied the knot in the seventies.

Julie’s most notorious work as a writer includes her short story collections The Jaguar Temple and The Devil Out There published in 2000. The Jaguar Temple and Other Stories, is a collection of stories in which the characters travel through Mexico, Geneva, Boston and Montreal and was nominated for the Governor General’s Award for Fiction in 1995.
Julie Keith who wrote mostly, fiction, has been widely published in literary magazines and anthologies.