Morgan Beck is the gorgeous wife of former Olympic skier, Bode Miller –married since 2012, the couple are the proud parents of two children.

Morgan’s husband is the most decorated U.S. Olympic ski racer of all time. Born Samuel Bode Miller on October 12, 1977; the New Hampshire native grew up without electricity or indoor plumbing along with three siblings. His parents split up when he was six-

He began skiing at age 2, his first formal ski lesson came when he entered public school in third grade and his class went on a field trip to the mountains. In addition to skiing, he played tennis — and soccer — and was a singles champion in high school. Since becoming a pro, the racer has won six Olympic medals including gold in 2010.

However, stunning wife, Morgan Beck has nothing to envy on her husband. She is a professional beach volleyball player with numerous achievements of her own. 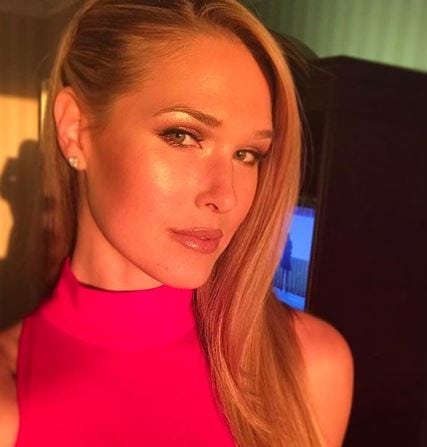 Morgan who is 10-year younger than her man, was born March 30, 1987. The California native grew up in very different conditions than her husband. She played at University of California, Berkeley and turned pro in 2011. She then went on to play professional beach volleyball for AVP Pro, AVP Young Guns, and has represented team USA in teh Olympics.

She and Bode had an unconventional wedding, tying the knot at his houseboat in 2012. According to reports, the only people who were in attendance at their wedding were the officiant, who had to take a knee during the ceremony because he had issues with his heart, and the photographer. Their cat was also in attendance. After the ceremony the couple ordered room service from a nearby hotel and were in bed by 9:30 p.m. 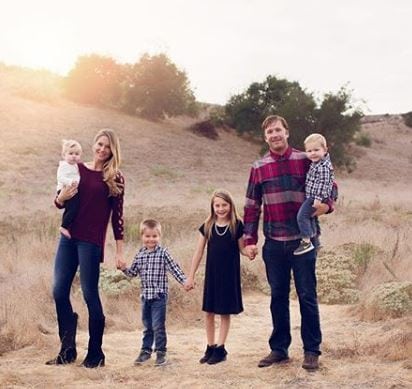 Since then, the couple has welcomed two children. Morgan Beck first gave birth to son, Nash Skan Miller in 2015; followed by daughter Emeline Grier Miller born in 2016. Tragedy struck Morgan and her famous hubby, after the couple lost daughter Emeline (Emmy) following a pool incident. She was 19 months old. Morgan who is currently pregnant with the couple’s third child –jumped in and tried to resuscitate her to no avail.

Bode is also the father of two other children from previous relationships. He welcomed daughter Neesyn Dacey in 2008 with then girlfriend, Chanel Johnson. Son, Samuel Bode was born in 2013 from his relationship with Sarah McKenna.