Moa Norberg is the lovely and supportive girlfriend of Swedish NHL player, ViktViktor Arvidsson –her man currently a player with the Nashville Predators.

Moa’s NHL stud was born 8 April 1993. The right wing previously played in his native country before being selected by the Nashville Predators in the fourth round, 112th overall, at the 2014 NHL Entry Draft. He signed a three-year entry level contract with the Predators in July 2014.

Eligible for the NHL draft in 2011, Arvidsson went unchosen until 2014, when Nashville took him in the fourth round. The Predators eyed Arvidsson in previous drafts, but weren’t convinced enough to select him.

Prior to making his NHL debut with the Nashville Predators on 21 March 2015, he played for the Milwaukee Admirals. In 2015 he scored his first NHL goal against Cam Ward of the Carolina Hurricanes, a goal that eventually proved to be the game-winner. 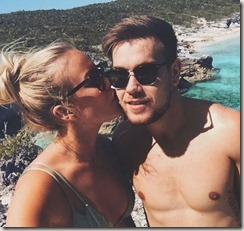 Probably;y the best thing about being Viktor is that he gets to call the gorgeous Moa Norberg, his gf. Meet her below. 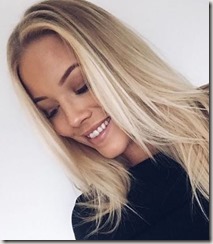 The gorgeous blonde is also a Swedish national. she has one equally gorgeous sister named Mathilda Norberg.

Moa hails from Skellefteå and splits her time between her hometown and Nashville where she’s stationed while visiting her professional athlete beau and the couple’s dog.

While her man is busy being a badass hockey player, Moa Norberg spends her time doing what she does best, hairdressing.

The 20-year-old hairstylist and Viktor have a very serious relationship and despite being very young they are pretty much settled with each other. According to Fabwags, the couple is engaged and their wedding is scheduled to take place next summer.

Though is not exactly clear how they met or when exactly they began dating, we’re guessing these two are high school sweethearts.

The pretty wag keeps active on social media and often posts on Twitter and Instagram about her daily activities.

Moa Norberg also runs her own blog, check it out here.