Sandra Stamkos is the lovely wife of NHL player, Steven Stamkos –currently the captain for the Tampa Bay Lightning.

Sandra’s hubby played in the Ontario Hockey League with the Sarnia Sting from 2006 to 2008. Born on February 7, 1990; the Markham, Canada native was selected first overall in the 2008 NHL Draft and soon after became one of the game’s top offensive players.

He won a gold medal with Canada at the World Junior Championships in 2008. His 60-goal 2011-2012 season set a Lightning franchise record for goals in a season. The NHL center who won the Maurice Rocket Richard Trophy as the league’s top scorer in 2010 and 2012 with the Tampa Bay Lightning. 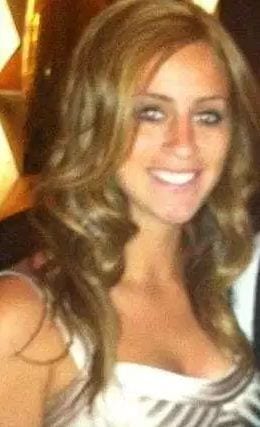 The 6 ft. 1 in Canadian star, became a married man after tying the knot to the gorgeous, Sandra Porzio.

The two have been married for little over a year. The couple celebrated their first year anniversary on June this year. They were married at the Arlington Estate in Kleinburg, Ontario on June 30, 2017.

The Brunette and Stamkos had been dating for several years prior to their nuptials. At the time she was described as his longtime girlfriend. The two met while attending high school in Canada, and even attended prom together. According to reports Steven and Sandra dated for about eight-years before he asked her to marry him.

There are several photos of the couple together, however not much is known about the mysterious NHL wag. It appears Sandra Stamkos prefers a low profile and is perfectly ok with leaving the spotlight to her man.