Monica’s NHL beau played until recently for the Ottawa Senators but in a shocking move, he was traded twice; first to the San Jose Sharks and now to the Panthers. Hoffman has scored 20 or more goals in four straight seasons, and the 28-year-old veteran is coming off a 2017-18 campaign that saw him finish with 22 goals and 34 assists.

The trade comes days after Hoffman’s girlfriend Monica Caryk was accused by Melinda Karlsson, Erik Karlsson’s wife and Senators captain, of posting hundreds of derogatory online messages aimed at her and her husband. 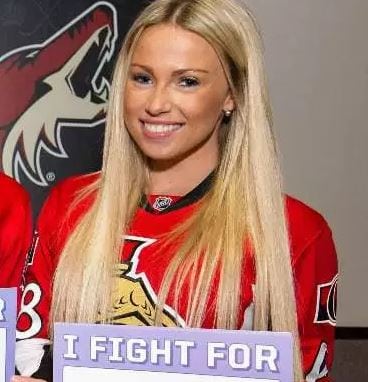 Monica Caryk is a Canadian born beauty who has been dating Hoffman for at least a decade. Judging from old social media accounts, the two met around the time they were in high school and have been tight ever since. The blonde also seems to be well accepted into the family.

The accusations against Caryk say she used multiple burner accounts to deliver the nasty messages. One of the messages posted to Erik Karlsson’s Instagram reads

‘How dare you. You have been making fake accounts and buying hacked ones for months to harass me and my wife but this is an all new low even for you. You are a disgusting person.’

Hoffman told newspapers he and Caryk have nothing to hide and will cooperate ‘in any way to solve this and figure it out, and prove that it wasn’t us.’ 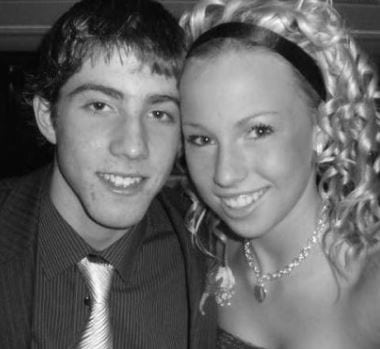 According to Caryk’s LinkedIn page, she attended Wilfrid, Laurier University and is a 2014 graduate who has a Bachelor Degree in Criminology. The blonde has held a number of jobs including working as a store manager for Abercrombie & Fitch. Most recently she was listed as a travel agent for the Pro Travel Network. Since the scandal, Caryk has deleted her Instagram account.

She and Hoffman are currently engaged and he refers to her as his fiancée.