In this Article hide
Let’s find out more about the stunning lady that picked Andrei
1. She met her husband on a plane ride
2. She is a proud mother
3. She is not the typical wag
4. She enjoys her privacy
5. She isn’t into social media

Kseniya Vasilevskaya is the stunning wife of NHL star, Andrei Vasilevskiy -whom you may recognize as a former player for the Tampa Bay Lighting.

Kseniya’s NHL stud needs little introduction, since making his debut in the NHL in 2014, the Russian has been gaining accolades left and right. In addition, he is also a goaltender for Russia’s National Team.

Before Andrei turned 21, he already had a Stanley Cup Final victory to his name, and before he was 26, he’d already led the NHL in wins three times.

Born July 25, 1994; the Tyumen, Russia native had a standout junior hockey career with Tolpar Ufa of Russia’s MHL from 2010 to 2013.
He then played professionally for Salavat Yulaev Ufa in the KHL for two seasons before joining the Syracuse Crunch, the AHL affiliate of the Lightning.
helped Russia win the 2014 IIHF World Championship and was awarded the Order of Honour by the Russian Federation after his team’s triumph.

He was then selected 19th overall in the 2012 draft by the Tampa Bay Lightning. He made his NHL debut with the Lightning in December 2014 and he won the Vezina Trophy in 2019.

Andrei is not only living his best life on the ice, he is also lucky enough to share his life with gorgeous wife, Kseniya Vasilevskaya. Want to know more about her? Check out her top facts. 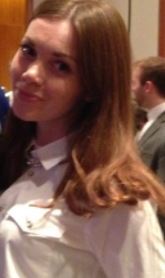 1. She met her husband on a plane ride

Kseniya who also hails from Russia, met her future husband while on a plane ride back in 2009. They sat next to each other on a two-hour flight to Moscow, started talking and sparks flew. The two kept in touch and as the saying goes, the rest is history.

The two became husband and wife in 2014. They were both in their early 20’s when they tied the knot.

2. She is a proud mother

Kseniya Vasilevskiya and her hubby welcomed their first child together on New Year’s Eve 2015. She gave birth to a son, whom the couple named Lukas.

3. She is not the typical wag

Despite being an NHL wag for the past six years, Kseniya Vasilevskaya doesn’t seem to be interested in the glitz and glam that most wags are known for. Though she has the looks of a model, the supportive spouse instead has kept a low profile and is a devoted partner and mother.

As previously mentioned, Kseniya Vasilevskaya doesn’t mind much about the camera and keeps focused on being a full time housewife. The Russian native has no problem leaving the spotlight to her man and seems to be very careful of her privacy, avoiding interviews and even social media presence. She’s been pictured attending red carpet events next to her husband only a couple of times.

Kseniya Vasilevskaya isn’t a big fan of social media either, she doesn’t appear to have any active accounts and she doesn’t make any appearances in any of her famous husband’s platforms either. The couple and their son, currently are residents of South Tampa.

Looking for more news on the National Hockey League’s Hottest Wives and Girlfriends? Checkout our latest and most popular posts here