Jessie Cooper is the lovely wife of professional hockey coach, Jon Cooper -who currently serves as the head coach of the Tampa Bay Lightning.

Her husband was born August 23, 1976; the Canadian attended Hofstra University as an undergraduate, where he played four years of lacrosse under legendary coach John Danowski.

He then graduated from Western Michigan University’s law school, and actually worked as a public defender before pursuing a coaching career. He practiced until 2003 when he closed his practice to pursue a career in coaching.

Priro to making into the NHL, Cooper first found success in junior hockey. He bagged a national championship in all three tiers of junior hockey in the United States.

Coach Cooper has been happily married to wife, Jessie for many years. Get to know her better in her top facts. 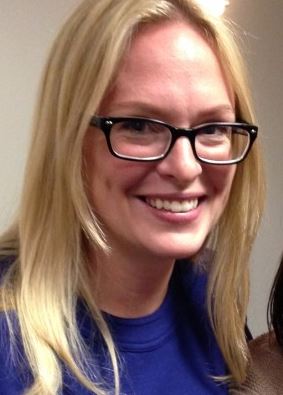 1. She hails from Michigan

Jessie Cooper was born Jessie Novak in Cadillac, MI. The daughter of Steven Novak and Cynthia Mortensen. She has one sister, Nicole -who is married to Chad Mettler.
Her parents owned a dock of Lake Mitchell and her father was also behind the completion of the Muskegon Farmers Market.

2. Her father was in the Marine Corps

According to his obituary, Steven J. “Steve” Novak; passed away in 2015. He was born on January 20, 1953 in Cadillac, MI; and resided in the Muskegon area since 2006. Steve graduated from Cadillac High School in 1971. Shortly after graduation he joined the U.S. Marine Corps. Steve worked over 40 years in the construction industry.
He and wife, Cynthia Mortensen -were married for 42 years.

3. She went to law school

Jessie and Jon Cooper were married in 2005. He popped the question at her parents dock of Lake Mitchell. Since their nuptials Jessie Cooper and her husband have welcomed three children. She is the mother of 12-year-old twin daughters Julia and Josephine who goes by Josie; as well as a son, Jonathan who goes by Jonny and who is 10-years-old.

While her husband calls the shots on the ice, it is the lovely blonde who keeps the order at home. Jessie who is her husband’s number one fan, keeps busy being a full time housewife and mommy, to the couple’s three children.
Especially with in the middle of a pandemic, Jessie who hasn’t seen her husband since July; told Fox news, she makes sure the children finish their activities early on game days, so they can watch the game together.
The NHL spouse and mother of three, seems to enjoy her life out of the social media world. With three pre-teens at home, who can blame her if she stays away from posting countless images right! The family of five currently reside in Tampa.